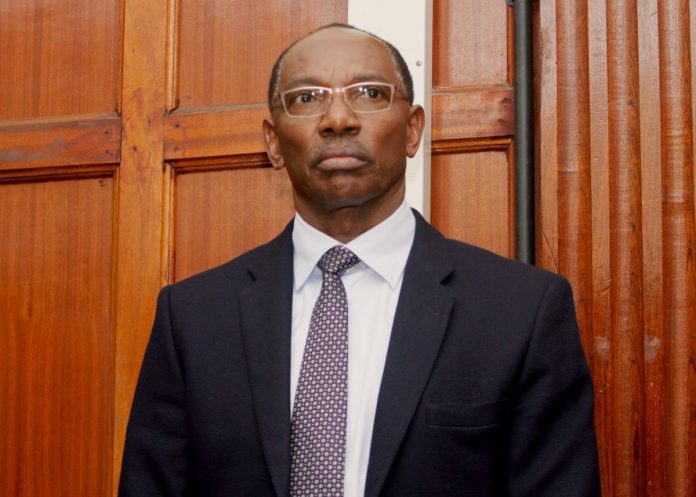 Director of Public Prosecutions (DPP) Noordin Haji has delegated his prosecutorial powers to the Kenya Revenue Authority (KRA) to carry on with the Sh41 billion tax evasion case against billionaire businessman Humphrey Kariuki.

Two tax-related cases against the alcoholic drinks producer and seven others were combined by the DPP on Friday.

In a new case brought before Milimani Chief Magistrate Francis Andayi, he reduced the number of charges from 19 to 11.

Last year, amid the defense team’s and the court’s pleas, Milimani Senior Principal Magistrate Kennedy Cheruiyot acquitted Mr Kariuki and seven others after the DPP refused to bar witnesses from testifying.

Mr Kariuki was acquitted in a case where he was accused of possessing 80 drums of unusual products (ethanol) worth Sh7.4 million at ASL and WBL’s Thika headquarters.

The magistrate said the DPP failed in his constitutional duty of presenting witnesses, freeing the businessman as well as ASL and WBL directors Messrs Peter Njenga, Robert Mureithi, Simon Maundu, and Kefa Gakure.

He quoted Article 50 of the Constitution, which states that witnesses must be presented within a reasonable period, as well as the DPP’s responsibility to ensure that cases are resolved quickly.

The court agreed with the defense at the time that the case had been pending for 16 months.

Mr Cheruiyot said, “The delay in leading evidence in this case amounts to a violation of the accused’s moral and civil rights, as they have faithfully attended this trial for 16 months.”

Mr Andayi ordered the accused persons’ cash bail and any other protection kept in court in the terminated case to be released to them in court on Friday.