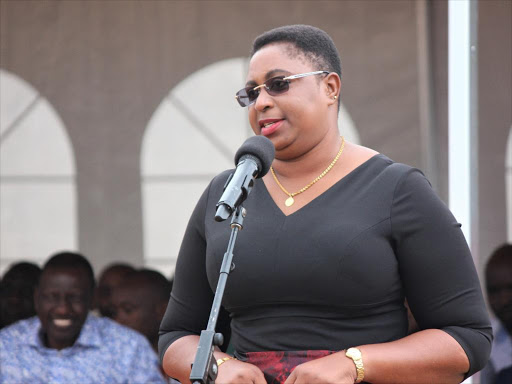 Director of Public Prosecutions Noordin Haji on Thursday appeared to be opening a new wave of arrests targeting some hitherto powerful individuals.

Ms Jumwa and seven others are accused of misappropriating over Sh57.7 million from the Constituency Development Fund –

According to Mr Haji, the DCI conducted a probe into misappropriation of funds by the Malindi legislator and several businesses enterprises connected to her and found that they had received more than Sh57 million from her constituency’s development fund.

According to the DPP, the procurement process by the CDF fund manager and the tender committee was flawed and marred with irregularities, skewed in favour of Multiserve Contractors Limited.

“After the payment, it illegally transferred Sh2.5 million to the personal account of the MP and this amounted to conflict of interest.

Evidence shows that Ms Jumwa concealed the said sums, being proceeds of crime, through depositing an instalment towards the purchase of an apartment at Argwings-Kodhek Road in Nairobi,” Mr Haji said.

The MP and her co-accused are expected in court on Friday to face seven charges, including conspiracy to commit an offence of corruption, conflict of interest, willful failure to comply with procurement laws, money laundering, acquisition of proceeds of crime, forgery and uttering false documents.