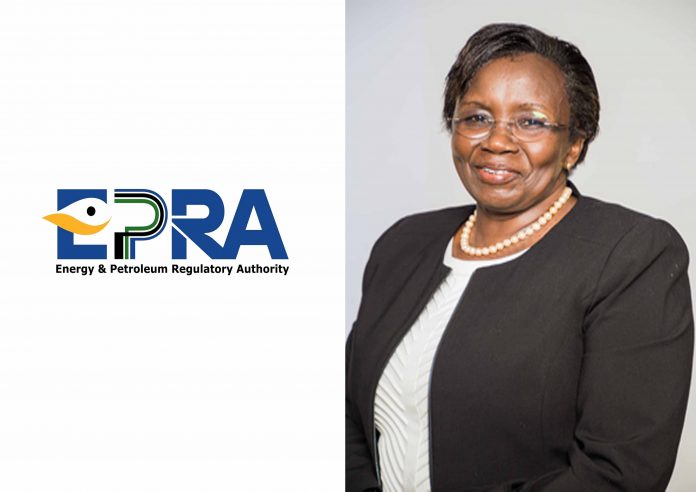 Energy and Petroleum Regulatory Authority has named Mueni Mutunga, a Corporation Secretary and Legal officer, as the new acting Director-General – By Gerald Gekara.

The announcement was made hardly a week after the board met to discuss the fate of outgoing DG Pavel Oimeke, whose term extension faced legal issues in court.

Oimeke who has been in office since 2017, will step aside from the energy regulator.

Mr Oimeke, is eligible for a second term but Emmanuel Wanjala rushed to court, arguing that the renewal should not be automatic but it should be subject to competitive and procedural requirements.

“The court, in exercise of its constitutional mandate, has issued conservatory orders which the board must obey. These orders have compelled the board to require the director-general, Mr Oimeke, to step aside,” Mr Ojwang’, the retired Supreme Court judge, wrote in the memo.

Ms. Mutunga has had a successful career in legal practice for a period exceeding twenty years.

She began her career at Robson Harris & Co. Advocates, and later served as a Legal Officer at Total Kenya Ltd. Prior to joining EPRA, Ms. Mutung’a was the Corporation Secretary and Head of Legal Services at Kenya Wildlife Service (KWS)

Ms. Mutung’a holds a Master’s degree in Business Administration and a Bachelor of Laws degree from the University of Nairobi. She also holds a Diploma in Legal Practice from the Kenya School of Law.