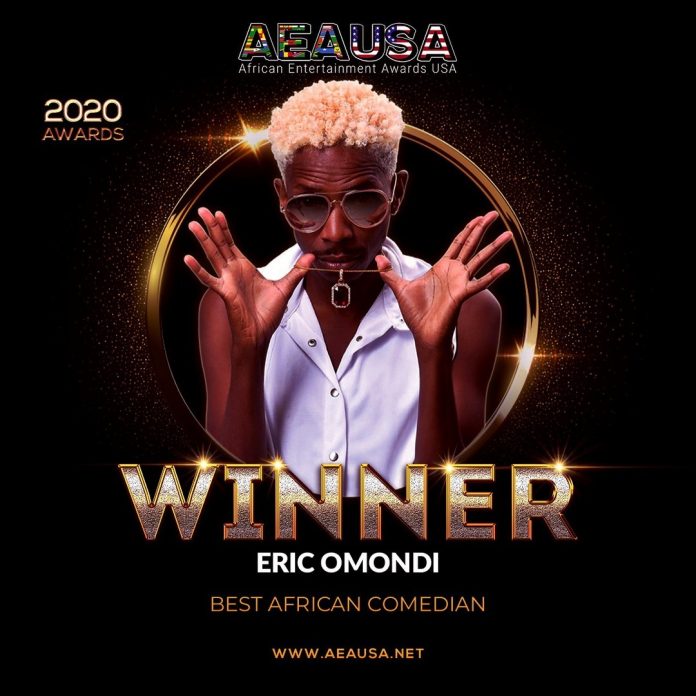 Eric Omondi bags the best comedian in Africa three times in a row. The award was presented in the US during the African Entertainment Awards. Eric Omondi has proclaimed himself as the king of comedy and plans to go even bigger in the years to come.

He broke the news to his fans through an Instagram post and he thanked them for the continuous support. Eric is a man who is known to incorporate comedy with adverts.

“Three years in a row I am the president for life we are about to take the content to a whole new level. No one was surprised by the win.

The king of comedy recently launched his studios and has a new wife material show where he is set to find a wife come 26th December 2020.

He has promised his fans a lot more come the next year “the president is now king, every obstacle be it human or object bow down, he showed off his trophies and asked everyone to bow down to his greatness.