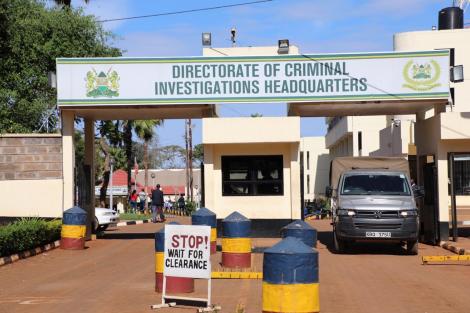 The lethal Directorate of Criminal Investigations (DCI) has arrested a couple, after examining CCTV footage of an armed robbery in Nairobi. – By Gerald Gekara.

The police say the duo; a man and a woman aged 29 & 21 years respectively, were arrested following a tip-off from the public.

After ransacking their house in Dagoretti along Ngina Road, the police recovered a police smoke jacket & various denominations of foreign currency, a Pistol and 16 rounds of live ammunition.

The operation to smoke out criminals was made following a spate of violent robberies that have rocked the sub county.

Interrogations are ongoing pending their arraignment, with charges of Robbery with Violence being preferred.