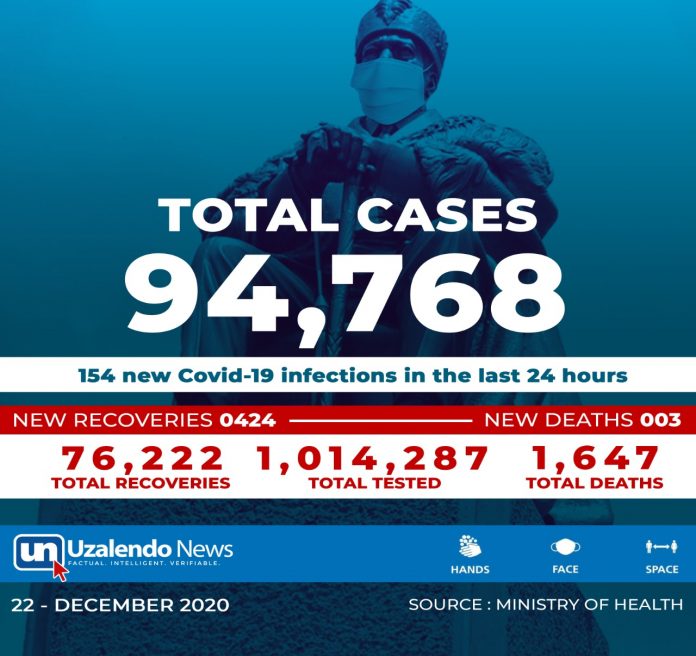 Kenya has recorded a relatively low caseload of the Coronavirus, even as the Ministry of Health continues to scorn doctors for downing their tools. – By Gerald Gekara.

In a press briefing, Health CS Mutahi Kagwe condemned the doctors and health workers for the inhumane industrial action, in the middle of a pandemic.

“It is unfortunate doctors have refused to go back and help their colleagues while the issues being raised are under discussion, It is very unfortunate.” CS Kagwe said.

He continued to urge health workers to consider the plight of the country’s health care state, as the government mitigates on their demands.

Doctors have however vowed to maintain a hardline stance against the government, promising to continue striking until their woes are addressed.

“Until now, the Government side has been reluctant in addressing the issues raised in our Strike notice. It is a total health crisis since the doctors also joined the ongoing Nationwide Strike by Healthcare workers.” Kenya National Union of Nurses said.

However, 162 patients have recovered from the disease, 133 being from the Home-Based Care Program. The other 29 have been discharged from various hospitals, pushing the country’s recoveries to 76,222.

Currently there are 835 patients admitted in various health facilities countrywide and 3,740 on Home Based Isolation and Care. 43 patients are in the Intensive Care Unit (ICU), 22 of whom are on ventilatory support, and 22 on supplemental oxygen. 1 is on observation.

Another 27 patients are separately on supplementary oxygen, out of whom 23 are in the general wards. 4 are in the High Dependency Unit (HDU)

3 patients also succumbed to the disease bringing the cumulative fatalities to 1,647.