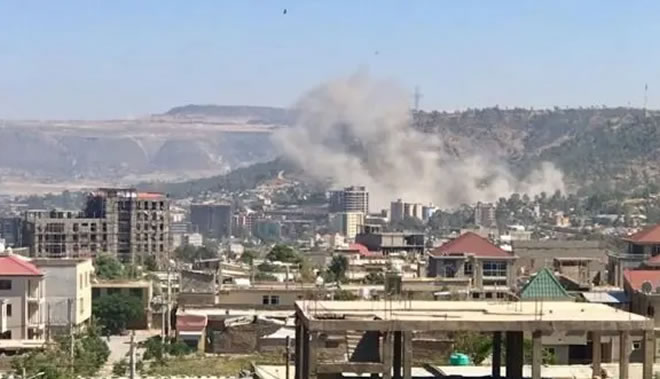 The Ethiopian government dismissed reports of deadly airstrikes on the Tigrayan regional capital Mekele on Monday, describing them as an “absolute lie”.

“There is no reason, or no plan, to strike civilians in Mekele, which is a part of Ethiopia, and home to our own citizens. This is an absolute lie,” Legesse Tulu, head of the Government Communication Service, told AFP.

A hospital official said three people had been killed in the air raids, which were reported by the Tigray People’s Liberation Front (TPLF) as well as humanitarian and diplomatic sources.

“It is a total and absolute lie of the TPLF junta, just to misguide the international community, to create pressure on the Ethiopian state,” Legesse said.

The Ethiopian foreign ministry accused the TPLF of “crying wolf” and said the rebels had themselves “launched widescale unwarranted attacks against civilians”.

“The government of Ethiopia is deeply dismayed by the reticence of the international community to condemn the perpetuated atrocities of the TPLF,” it said in a statement posted in English on Twitter.

It also again accused the TPLF of hindering humanitarian aid supplies to Tigray, where the United Nations has said hundreds of thousands of people have been pushed into famine-like conditions.