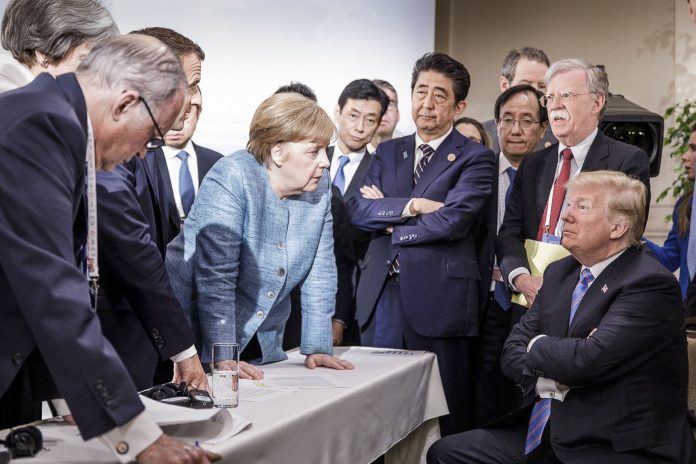 BRUSSELS (AP) — The European Union’s top officials breathed a sigh of relief on Wednesday that Joe Biden will be taking over as president of the United States, but they warned that the world has changed after four years of Donald Trump.

“This new dawn in America is the moment we’ve been awaiting for so long,” European Commission President Ursula von der Leyen said, hailing Biden’s arrival as “resounding proof that, once again after four long years, Europe has a friend in the White House.”

“The United States are back, and Europe stands ready to reconnect with an old and trusted partner to breathe new life into our cherished alliance,” she told EU lawmakers, hours before Biden was to be sworn in at his inauguration ceremony in Washington.

European Council President Charles Michel, who chairs summits between the EU’s 27 heads of state and government, said that trans-Atlantic relations have “greatly suffered in the last four years. In these years, the world has grown more complex, less stable and less predictable.”

“We have our differences and they will not magically disappear. America seems to have changed, and how it’s perceived in Europe and the rest of the world has also changed,” said Michel, whose open criticism of the Trump era contrasted starkly with the silence that mostly reigned in Europe while the Republican leader was in the White House.

This change, Michel said, means “that we Europeans (must) take our fate firmly into our own hands, to defend our interests and promote our values,” and he underlined that “the EU chooses its course and does not wait for permission to take its own decisions.”

The Europeans have invited Biden to a summit, quite probably in Brussels, in parallel with a top-level NATO meeting as soon as he’s ready.

Michel said the EU’s priority is to tackle the coronavirus pandemic and climate change, rebuild the global economy and boost security ties with America.