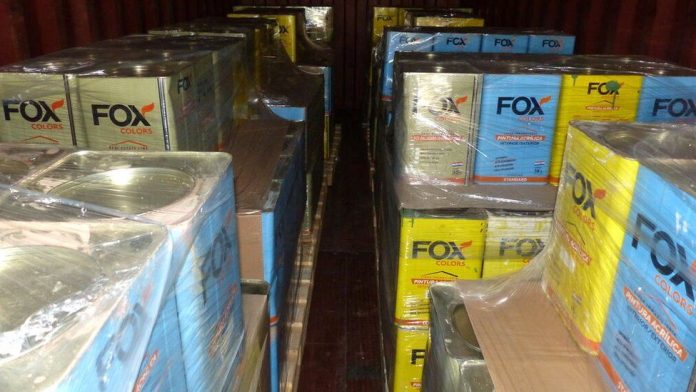 Germany and Belgium authorities have seized a record of more than 23 tonnes of cocaine destined for the Netherlands.

German officials discovered 16 tonnes of the drug in five shipping containers that had arrived in the port of Hamburg from Paraguay earlier this month.

Police in the Netherlands were notified and a further 7.2 tonnes of cocaine was seized at the Belgian port of Antwerp.

A 28-year-old man suspected of involvement in the trafficking of the drugs has been arrested in the Netherlands, Dutch police said on Wednesday.

The two raids, which took place earlier this month, resulted in the seizure of an “enormous amount of cocaine”, customs officials said.

In Antwerp, the drug was hidden in a container filled with wood blocks from Panama.

The cocaine found in the northern German city of Hamburg was concealed in tins of wall filler, which had entered Europe on a container ship from Paraguay.

“This is the largest amount of cocaine ever seized in Europe and one of the largest single seizures worldwide,” German customs said, referring to the Hamburg haul alone.