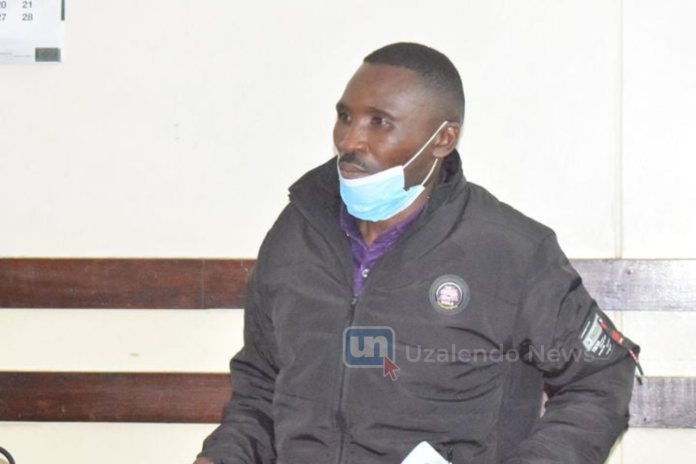 A conman who scammed a lawyer of Sh10,000 at the Makadara Law Courts has been found guilty.

She was found guilty of acquiring money by false pretenses.

On December 15, last year, Alexander Simiyu was accused with obtaining the money, which was supposed to be cash bail, illegally from Ms. Jane Waruguru.

He claimed to be able to bail her out after she was charged in court.

Simiyu was also charged with impersonation after posing as a police officer working at the Kayole police station.

The fraudster was also charged with possessing government stores in violation of section 324 (2) of the penal code.

He was found with a handcuff key after his arrest on January 22 in the Tushauriane region of Njiru sub-county.

He was also discovered with a police appointment certificate that was allegedly obtained illegally.

Ms. Waruguru claimed to have known him as a police officer assigned to the Kayole police station.

She stated that after accepting the money, he promised to bail her out before she was sent to Langata Women’s Prison as a remandee.

He had stated that he would take the money to the OCS of the Kayole police station, who would help solve the case out of court.