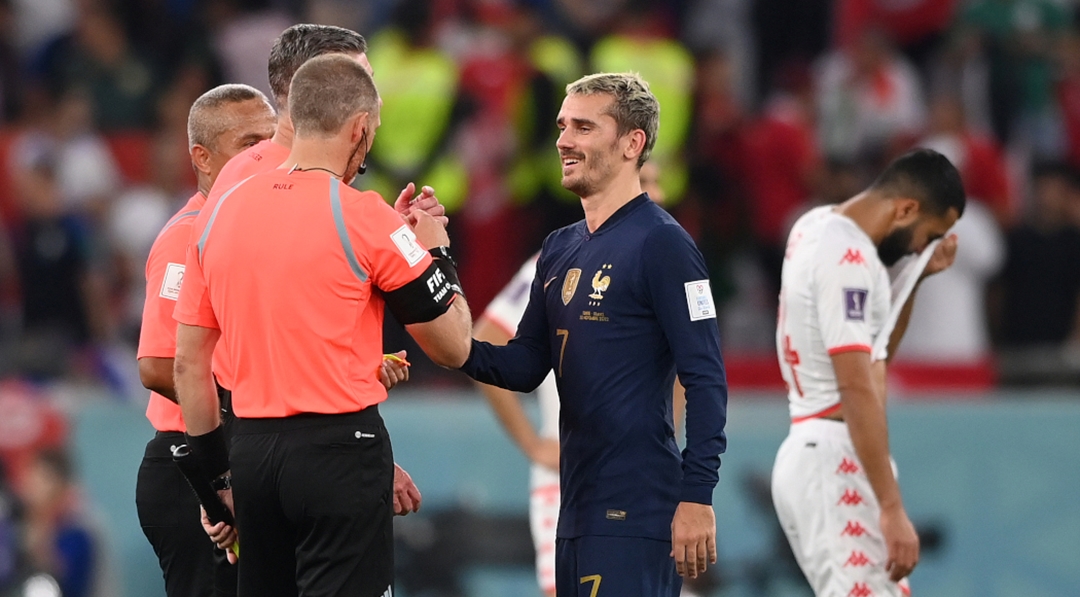 France’s protest about Antoine Griezmann’s goal being ruled out in the game against Tunisia in their final World Cup Group D game has been rejected by Fifa’s disciplinary committee, the governing body said on Monday.

“The Fifa Disciplinary Committee has dismissed the protest submitted by the French Football Association in relation to the Tunisia v. France Fifa World Cup match played on 30 November,” Fifa said in a statement.

France filed the complaint as a last-gasp equaliser by Griezmann was disallowed following a video review after the final whistle.

Griezmann volleyed home eight minutes into stoppage time but the goal was ruled out as the forward was offside when Aurelien Tchouameni sent the ball into the area.

The ball was deflected by a Tunisian defender into the path of Griezmann, who was onside at that point, but the effort was disallowed and Tunisia won the game 1-0.