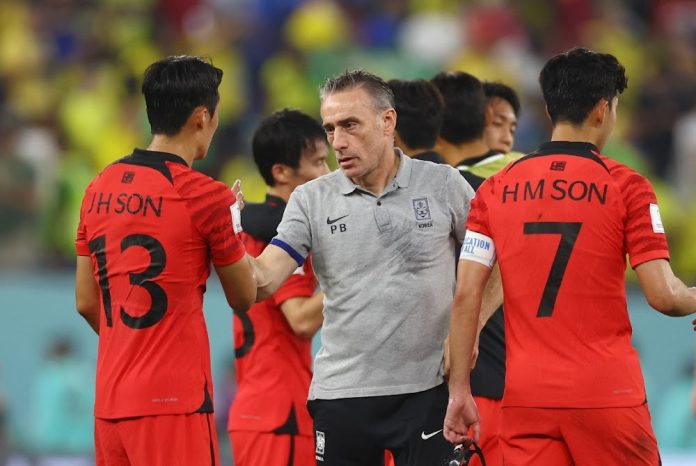 Paulo Bento announced that he is standing down as coach of South Korea following their 4-1 World Cup last 16 defeat by Brazil on Monday but said the decision had been made months ago and was not impacted by anything that happened in Qatar.

“I’ve just announced it to the players and president, it was a decision set in stone in September and I thanked them for everything they’ve done,” he said at the post-match news conference.

“I’m pleased and proud to have been their manager for more than four years. Now I’m going to rest and see what happens next.”

In Qatar, he led South Korea to the knockout round for the first time since 2010 with a last-gasp win over Portugal in their final group game.

However, they were outclassed by Brazil as they found themselves four goals down before half-time at Doha’s Stadium 974, although they did pull one back late on through substitute Paik Seung-ho.

A Korean side captained by Son Heung-min got to Qatar by finishing second in their qualifying group behind Iran but their last-16 exit means they have still never won a World Cup knockout tie outside of their home country.

“I think we did really well in the group stage although I think we could have picked up more points as we should have beaten Ghana,” Bento said.

“But I think we can be very proud and I am proud with what we have done over the last four years.”

He added: “This has undoubtedly been one of the best groups of players I have had the opportunity to work with.”