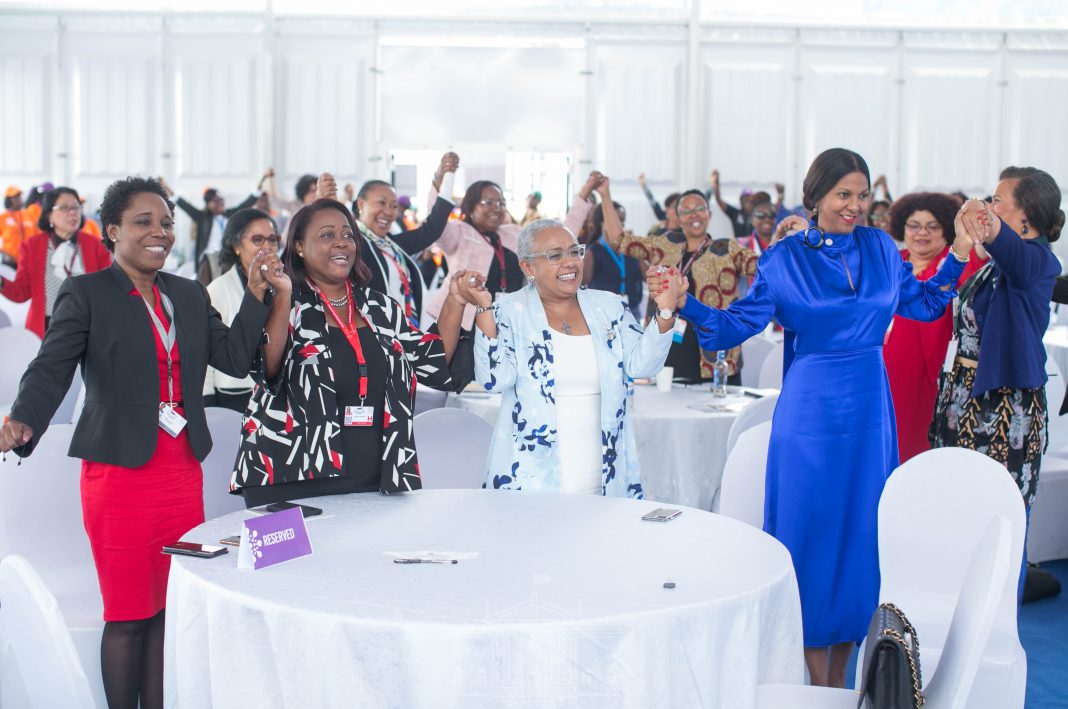 Women leaders attending the ongoing International Conference on Population and Development (ICPD25) have commended First Lady Margaret Kenyatta for her leading role in the promotion of women and children health through her Beyond Zero initiative.

The women leaders, including Crown Princess Mary of Denmark and Costa Rica Vice President Campbell Barr, said they were impressed by the work the First Lady was doing in increasing access to healthcare services especially for vulnerable communities.

The leaders expressed their willingness to partner and learn from the Kenyan First Lady ways to accelerate the global women empowerment agenda.

Crown Princess of Denmark, who is also the co-host of the ICPD25 summit, said most women leaders are keenly following what the Kenyan First Lady is doing to promote the rights of women and girls especially her relentless efforts to improve maternal and child health.

“You are doing an amazing job. We have been watching and admiring how you are making progress,” the Crown Princess said.

Vice President of Costa Rica assured of her desire to work with the First Lady in upscaling maternal health services in order to alleviate the challenges of teen pregnancies.

The Vice President is at the forefront in advocating for gender equality and inclusion by connecting vulnerable girls and women with well established female leaders for mentorship and empowering them with entrepreneurial skills in her country.

“In Costa Rica there are a lot of training programmes where women are allowed to tell their own stories. Education has helped reduce early pregnancies. Where people are educated the incidences of early pregnancies are lower,” VP Barr said.

The First Lady, who met separately with the visiting women leaders on the sidelines of ICPD25, briefed them on the 2nd Strategic Framework of Beyond Zero and the Medical Safaris programme.

She informed the Crown Princess and the Vice President of Costa Rica on the progress of the implementation of the framework that has benefitted many Kenyans  through the free medical services offered by both the public and private health institutions during medical camps.

At the medical safaris held in counties across the country, various medical specialists provide screening, treatment and referral services.

“Many people are encouraged by what we do and they use the mobile clinics to speak about issues like FGM, HIV and Aids among other health challenges facing them,” the First Lady told the Vice President of Costa Rica.

First Lady Margaret Kenyatta also held talks with the spouse of the Prime Minister of Belize Mrs Kim Barrow who expressed her desire to collaborate with the First Lady through the Beyond Zero initiative.

Others leaders who paid courtesy calls on the First Lady included the former Prime Minister of New Zealand Rt. Hon Helen Clark who is the Board Chair of the Partnership for Maternal and New Born Child Health (PMNCH) and the CEO of Children’s Investment Fund Foundation (CIFF), Kate Hampton.

The Partnership for Maternal and New Born Child Health (PMNCH) was initiated by former UN Secretary-General Ban Ki-Moon and is known for championing maternal and child health issues.

Ms Clark commended the First Lady for using the Beyond Zero initiative to improve the lives of women and children in the country.

She said she has had time to visit various informal settlements in Nairobi and is impressed by what is being done by both the national and county governments in the health sector.

She singled out the recently launched national human papilloma virus (HPV) vaccine campaign in the country saying the programme is critical to the health of women and girls.

On her part, the CEO of the Children Investment Fund said her organization is ready to work with Beyond Zero in its activities aimed at enlightening the youth on healthy living.

Their talks centred on issues of training and partnership to improve health services for the most vulnerable members of the society.

Present during the ICPD25 side meetings was the Chief of Staff in the Office of the First Lady Constance Gakonyo among other senior officials of the Beyond Zero Secretariat.