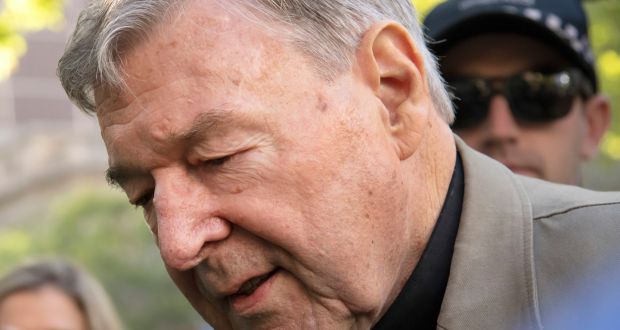 Catholic cardinal George Pell has one last chance to clean his name after the Australian high court on Wednesday agreed to hear his appeal.

The former Vatican treasurer is currently serving a six-year jail sentence for sexually abusing two 13 year old choir boys in a Melbourne cathedral in the 1990s.

Pell has continuously denied being guilty of the offences and his lawyers say the majority of the judges in the court of appeal had made an error in shifting the burden of proof to the defense to show that it would have been impossible for Pell to have committed the offenses.

However, the prosecutors in his case opposed the lawyers’ arguments saying that the court of appeal made no error in their approach to evaluating the facts of the case.

The High Court hearing, to be presided over by a full bench of five or seven judges, will be held in March 2020 at the earliest, a court spokesman said. Pell will remain in prison until the appeal is heard.

Pell was convicted of exposing himself and forcing two choir boys to commit sex acts while fully vested in his Sunday Mass garb, almost immediately after Mass in the priests’ sacristy at St. Patrick’s Cathedral in 1996.He was also convicted of fondling one of the boys in a corridor in 1997.

Pell’s defenders have contended that the sacristy abuse allegations are not possible given the high traffic after Mass and the obstructing nature of the Mass vestments.

The cardinal is detained at the Melbourne Assessment Prison. As a convicted child sex offender, Pell has been held in solitary confinement for extra protection from other inmates. He is not permitted to celebrate Mass in prison. He has recently obtained a prison job weeding a courtyard.

Since then, Pelle was relieved of his position as Vatican treasurer after he was convicted, but remains a cardinal.

For Pell to be dismissed from the priesthood, the Vatican’s Congregation for the Doctrine of the Faith would have to find him guilty following a separate canonical trial or a shorter process.

this the last appeal Pelle ca