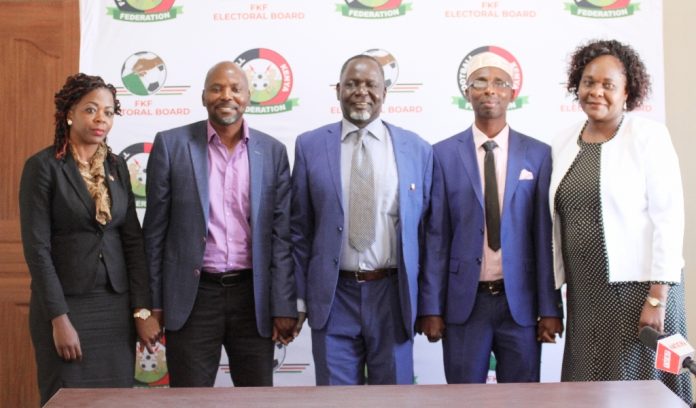 The Football Kenya Federation (FKF) elections will proceed as  the court declined to grant orders to stop the exercise.

The election was in jeopardy after petitioners – Bondeni FC and Cheptiret FC – had sought the Sports Disputes Tribunal (SDT) to stop the process, saying it was flawed.

However, SDT chairman John Ohaga has allowed the polls, to elect new officials, to continue but warned he will not hesitate to nullify the proceedings if it falls short of the democratic principles and rules governing the exercise.

“The exercise of electing new FKF officials will go ahead but the court will be monitoring the process and if it fails to follow the laid down procedures, then we will have no option than to nullify it,” Ohaga said

“We have nullified this process before, I think twice, and we will still do the same if the law is not followed.”

The elections will start with the County exercise set for September 19 across the country before the national elections scheduled for October 17.

Four presidential aspirants – Herbert Mwachiro, Dan Mule, Bonface Osano, and Omondi Aduda – have already been cleared by the Electoral Board led by chairperson Kentice Tikolo to vie for the top seat against incumbent Nick Mwendwa, who will be seeking for another term.