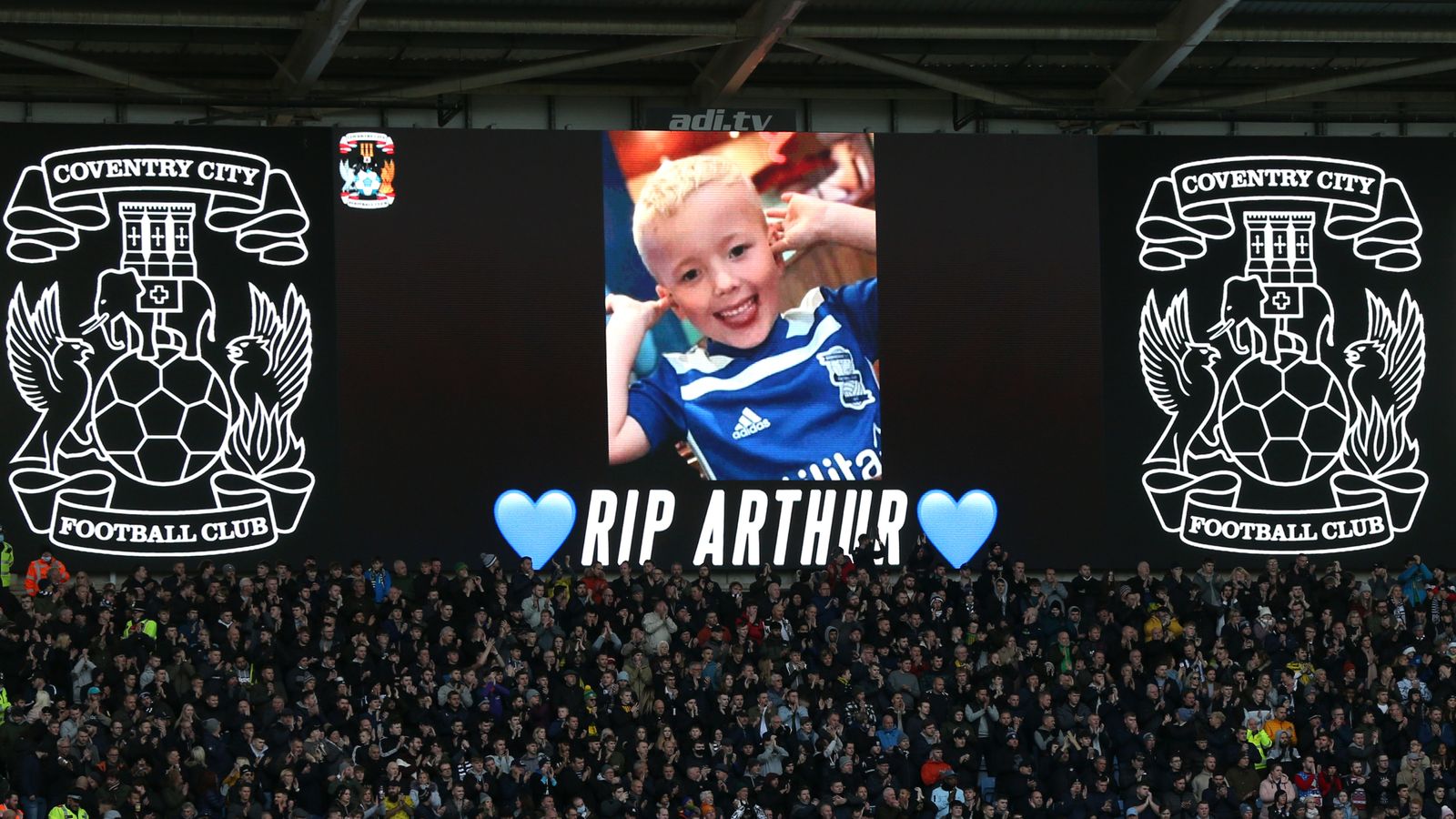 After his killers were sentenced to prison, footballers and fans throughout the country paid tribute to murdered schoolboy Arthur Labinjo-Hughes.

Arthur, six years old, died of a “unsurvivable” brain injury at the hands of Emma Tustin in Solihull last year after “evil” torture by her and his father, Thomas Hughes.

On Friday, the couple was found guilty of murder and manslaughter at Coventry Crown Court.

Before their match against Millwall on Saturday, Birmingham City sported “Arthur we love you” T-shirts and were seen carrying a banner with a picture of their young fan.

At Hughes and Tustin’s trial, it was revealed that Arthur’s father ripped up two of the boy’s Birmingham City shirts in front of him, causing the youngster “visibly upset” and being “nasty and harsh,” according to the defendants.

In the months leading up to his death in June 2020, disturbing audio video shows Arthur crying “no one loves me” and “no one’s going to feed me.”

Before Saturday’s match, a number of other clubs paid tribute to Arthur.

Before their match at the London Stadium, Chelsea and West Ham projected a big image of him.