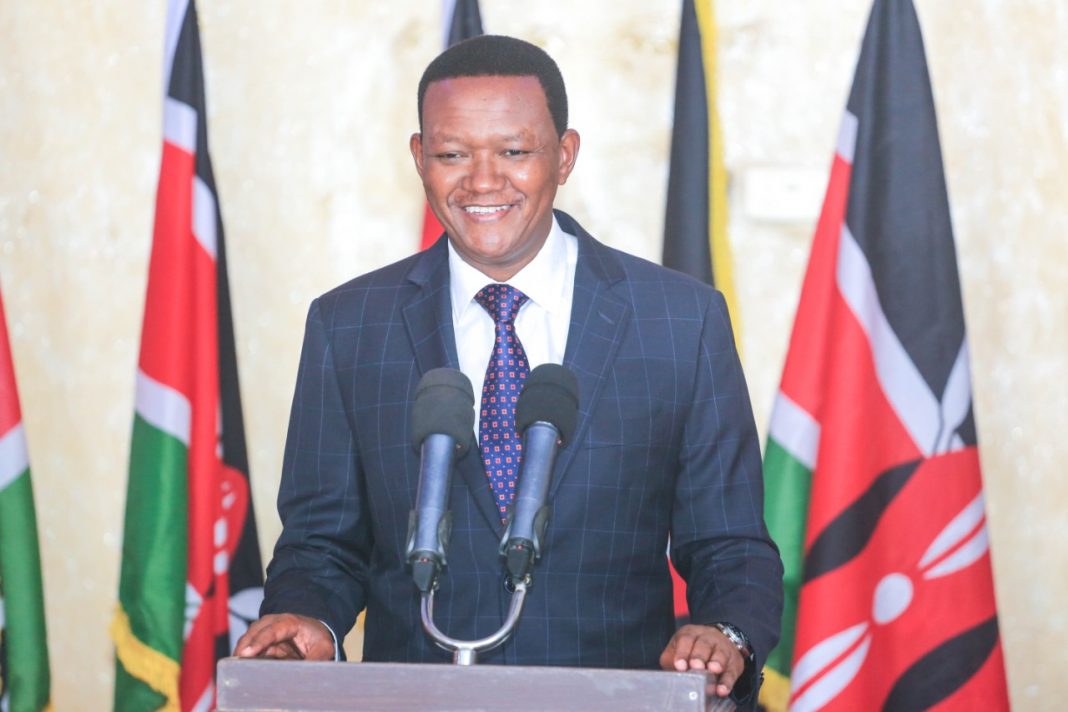 Governor of Machakos Alfred Mutua has announced goodies for newlyweds while unveiling his manifesto ahead of the 2022 General Election on Sunday, December 5.

Various administrations that have previously been in office have neglected newlyweds, according to the governor.

According to Mutua, following the wedding, the youth frequently break the bank and go broke, leaving them with big debts.

Mutua went on to address a variety of youth-related concerns, claiming that his administration will be the answer to the country’s crisis.

On the subject of unemployment, he stated that in the first three years of his presidency, he would create 5 million new jobs for youths.

He would also concentrate on putting money into the entertainment business so that it might become a big source of revenue for the government.

On the subject of education, he would provide free capacity building for teachers, including training for the new Competency Based Curriculum (CBC).

He went on to say that his government will ensure that kids receive free education from kindergarten to university and that teachers and other educators would be paid in accordance with their level of service or effort.

He displayed a bag stuffed with goodies for the youth, stating that his government would put their needs first.