..
Home Court Man Caught In The Act With A Calf 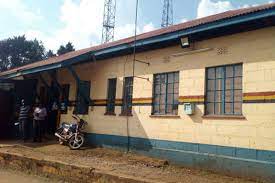 A 31-year-old man from Kamanamsim in Litein, Kericho county, has been detained by police officers after being caught in unnatural conduct with a calf.

Kennedy Lamar was apprehended after the calf’s owner, Fancy Langat, raised an alarm, gathering the entire community, after hearing her calf groaning from the periphery.

Others tried to keep inquisitive children at bay by conversing in low tones and shaking their heads in astonishment.

The locals, headed by their village chief, carried out a citizen’s arrest and escorted the culprit to the Litein police station.

He is set to be arraigned in court.