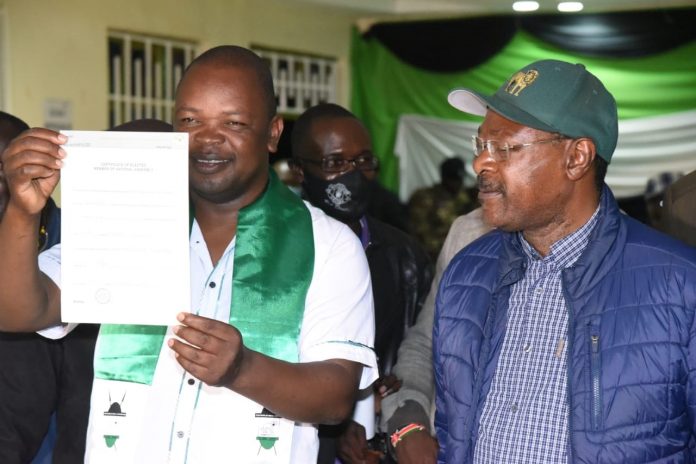 The Ford-Kenya party that is led by Moses Wetangula has recaptured the Kabuchai parliamentary seat. – By Gerald Gekara.

The party’s flagbearer, Joseph Majimbo Kalasinga was announced the new MP-Elect for Kabuchai constituency after winning the by-election.

The minipoll saw over 50 percent of the 57,654 registered votes cast.

Majimbo Kalasinga trounced his closest rival Evans Kakai of UDA, by garnering 19,274 votes. Kakai settled for second place with 6,445 with only two other candidates getting 1000 plus votes in a race that the Ford K. flag bearer led right from the time tallying commenced.

UDA Won in the hotly contested London Ward by-elections, while Jubilee and ODM clinched the Huruma and Kiokama wards respectively.