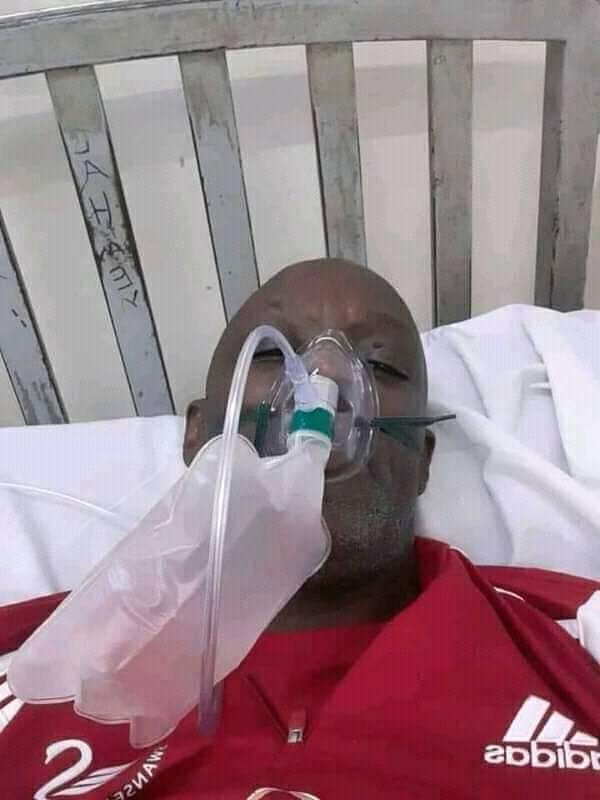 His brother Barrack said the former player began showing symptoms of the virus on Friday and was taken to the Kenyatta National Hospital where a test on him returned positive for COVID-19.

He was transferred to the Mbagathi Hospital Unit for treatment.

The Ministry of Health reported on Monday 120 more people had tested positive for the coronavirus in Kenya, raising the country’s total number of confirmed cases since March 13 to 6,190.

Here is a statement released by Kenya association of former footballer

“On Friday last week I received a phone call from one of my friends Jay Khamisi Kenya telling me that former Harambee Stars Captain Musa Otieno Ongao has been seen at IDH Hospital but does not look in good shape. I immediately called the Captain and talked to him to find out what’s the problem. He told me he was having some high fever and was feeling abit weak. Several tests were done on him and he was requested to go back home and come back for the results after 4 days’ advised him not to return home but go to KNH for further checks. I immediately contacted his elder brother Barrack “Ogoji”Ouma and and Deputy Federation President Madam Doris Petra Atieno and also contacted a well-known Dr. who immediately swung into action.Musa was later put on oxygen and later was admitted in ward 7.More tests were done including one for Covid. I have been in constant contact with the family and DRs and I want to assure the Football family that our legend is responding well to treatment. On behalf of the Kenya Association of former footballers (KAFF) we would want to wish our captain fantastic a quick recovery and let’s keep on praying for our legend. This statement has been approved by the family.”

Reads the statement as obtained by Uzalendo news.