Free after 24 years in jail 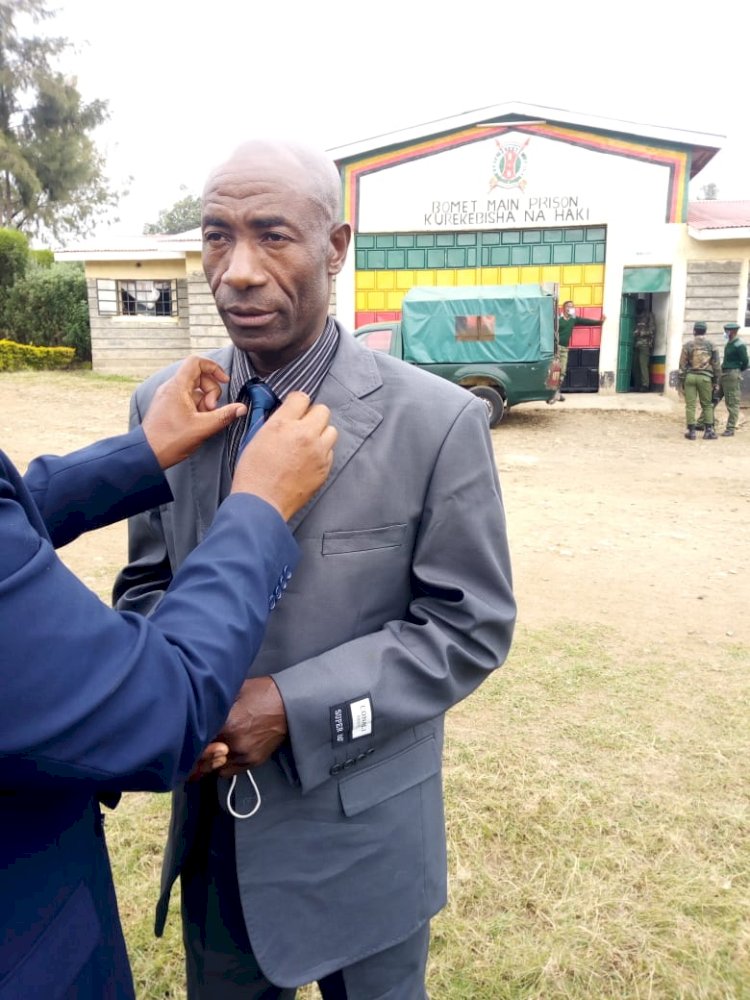 In the 1990s, Robinson Siko Ogembo was a teacher by day and a robber outside the classroom.

His second profession landed him in jail and earned him a death sentence.

After several appeals, the sentence was commuted to 24 years, inclusive of the 21 he had already served.

And on Friday he finally walked out of prison, remorseful and reformed, into the waiting arms of his joyous family.

One important person was missing from the happy crowd—his father. He died of throat cancer three weeks ago but the family put off the burial to await Ogembo’s release.

“I am sorry for causing pain to many people. I was a criminal and I don’t regret serving 24 years in prison. I have transformed. I am a preacher now. My request is to society to accept me as a reformed person,” Ogembo said.

Addressing the media outside the Bomet prison walls, Ogembo said he terrorised people for a long time.

He used to teach at Kisii Progressive School as a board of management teacher. That was his day job.

Afterwards, together with his accomplices, he would go out to commit robbery then go back to his clueless family.

“In 1998, my four other accomplices and I went to steal in Kericho and Litein. We used to rob people at gunpoint. After robbing we returned home,” Ogembo said.

“We used to carry out robbery using my car. Unfortunately, my victims identified my car and informed the authorities.”

On arrival at Kisii, he was apprehended and booked at Kisii police station.

He was then transferred to Kericho, where the crime took place, and put on trial.

Ogembo was found guilty and was handed the death sentence.

The judge at the High Court in Kericho directed his transfer to Kamiti Maximum Security Prison to await execution.

In 2002, the High Court rejected his appeal for a lenient sentence. Two more appeals were rejected, including one filed in 2017.

In 2019, he filed a petition at the Supreme Court arguing that the death sentence was against human rights. His application went through and he was charged afresh at the High Court in Kericho.

This time, Ogembo was sentenced to 24 years in prison, inclusive of the 21 he had already served.

“I have served the two years totalling 24. I am grateful at the end I am a free man again,” he said.

Ogembo has served time in 20 prisons, including the country’s three maximum security prisons.

During that time two of his siblings died and he recently lost his father.

Ogembo said he is a changed man and is sorry for the pain he caused.

Bomet Prison officer in charge Tanaka Kebwera attested to that, saying Ogembo was a trusted inmate, the highest praise given to prisoners.

“Without any doubt, Ogembo has transformed into a useful person and we are wishing him all the best as he goes to start a new life outside this facility,” he said.

“We have counselled him and equipped him with carpentry skills and many more useful skills that will enable him to survive. Ours is to request society to accept him.”