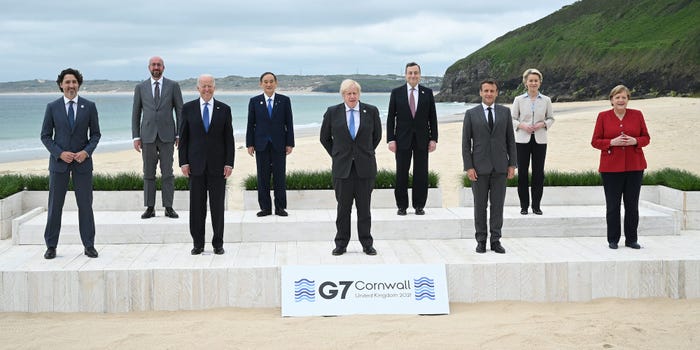 The White House said the Build Back Better World plan was adopted after President Joe Biden and the other leaders met to discuss their strategic competition with China, during the summit in Cornwall.

Beijing has invested billions of dollars around the world in its Belt-and-Road initiative. Critics say the programme has saddled poorer nations with debts they can’t pay back.

The US and its allies also accuse China of forced labour and other human rights abuses in Xinjiang province.