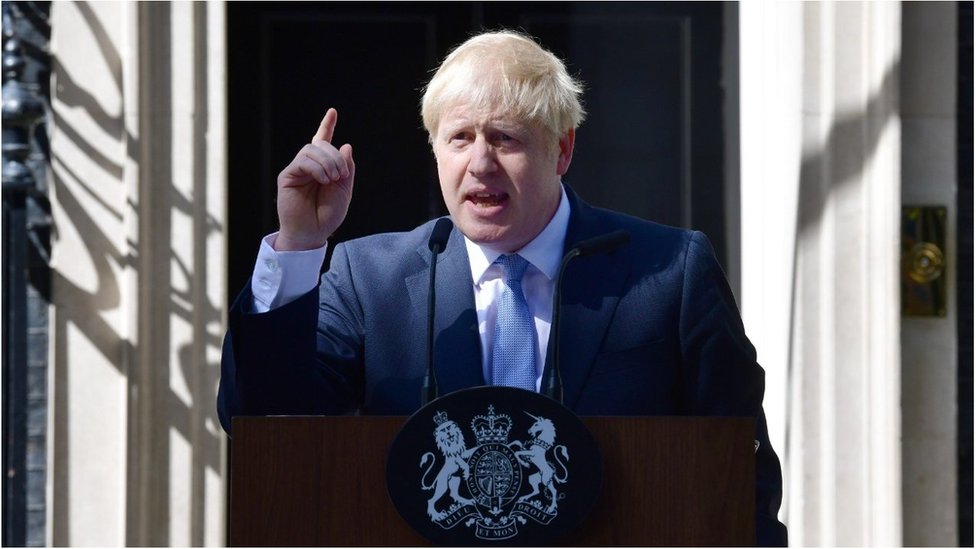 Boris Johnson has said the government must “be cautious” as it decides whether to end all Covid restrictions in England on 21 June.

Cases are on the increase as the Delta variant spreads, with the announcement of the next steps on the “roadmap” due on Monday.

The prime minister told the BBC it was important to ensure any easing of restrictions was “irreversible”.

But vaccines had changed the situation “fundamentally”, he added.

Senior medical advisers have urged a delay to the final easing of lockdown restrictions.

And sources have told the BBC that the government is considering putting back the 21 June changes by up to four weeks, with the faster-spreading Delta variant, first identified in India, now accounting for nine in 10 UK coronavirus cases.

Asked by BBC political editor Laura Kuenssberg whether all restrictions would now be lifted, Mr Johnson said people would have to wait until Monday to find out.

“What I can certainly say is we are looking at the data, continuing to do that, but what you can certainly take is… the roadmap was always cautious but irreversible, and in order to have an irreversible roadmap, we’ve got to be cautious.”

Mr Johnson, who is currently hosting the G7 summit in Carbis Bay, Cornwall, added: “We made a massive progress with the vaccination programme – it’s done a huge amount of good – but you have got to be cautious to be irreversible.

“Again you have hospitalisations up, you’ve got cases up. There are grounds for caution. That doesn’t mean that this country hasn’t made enormous progress with vaccination.

And a further 8,125 confirmed cases in the UK were announced by the government on Friday.

With this in mind, the British Medical Association has joined public health officials in calling for a delay.

BMA council chairman Dr Chaand Nagpaul said: “It’s not just about the number of hospitalisations, but also the risk to the health of large numbers of younger people, who can suffer long-term symptoms.”

The government said in February that England’s restrictions would only be lifted if: