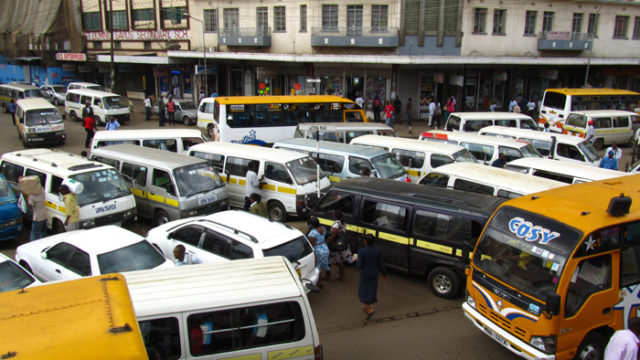 Nairobi Metropolitan Services has announced plans to drive off public service vehicles from the city center, in a bid to pave way for the introduction of Bus Rapid Transport units.

Mr Badi announced the looming kick out when he appeared before the National Assembly Committee on Administration and National Security.

He said President Uhuru Kenyatta will be launching the decongestion plan in November under the guidance of the Nairobi Metropolitan Area Transport Authority.

The NMS boss announced that bus terminals were being put in place to accomodate large volumes of PSVs.

One terminal will be in Ngara, another in Parklands where all commuters streaming in from Thika Road will alight.

Matatus coming from Mombasa and Lang’ata roads will terminate their journeys at a terminal to be built at Railway Golf land off Uhuru Highway.

For matatus currently accessing the CBD through Haile Selassie Way, NMS said they will drop commuters at the Muthurwa terminal.

Other plans include the proposed overpass that will start at the Kenya Planters Cooperative Union building and terminate at Jogoo Road.

“We are still in the process of acquiring other lands that we will use as matatus stages to free up the city,” Mr. Badi said of the remaining feeder roads into the CBD.

However, this will not be the first, but the countless number of times the matatus have been threatened out of the Central Business District.

The state has continuously been faulted for not providing adequate solutions.

Provisions such as ample bus stops, pedestrian walkways, cycling lanes, shuttle services to the city center, and the expansive cartel network that exists in the corridors of the city.

Other challenges include the concentration of government services in the CBD, lack of parking spaces, and favorable parking fees that encourage use of personal vehicles as opposed to matatus.

However, Badi remains adamant that the removal of PSVs will signal a dramatic reduction of traffic in the CBD.

“Before December, we will be able to keep all matatus out of the CBD,” Mr. Badi told the committee.