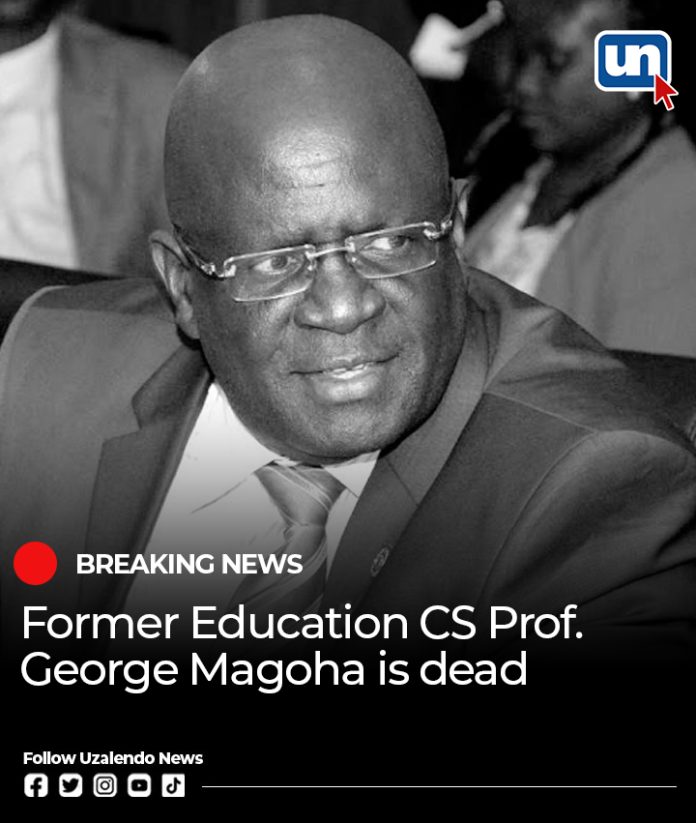 The former Education Secretary died on Tuesday at the age of 71 in a Nairobi hospital.

The former CS passed out in his home. He was transported to the hospital and pronounced dead.

In a statement, the Nairobi hospital confirmed his death. He died as a result of cardiac arrest.