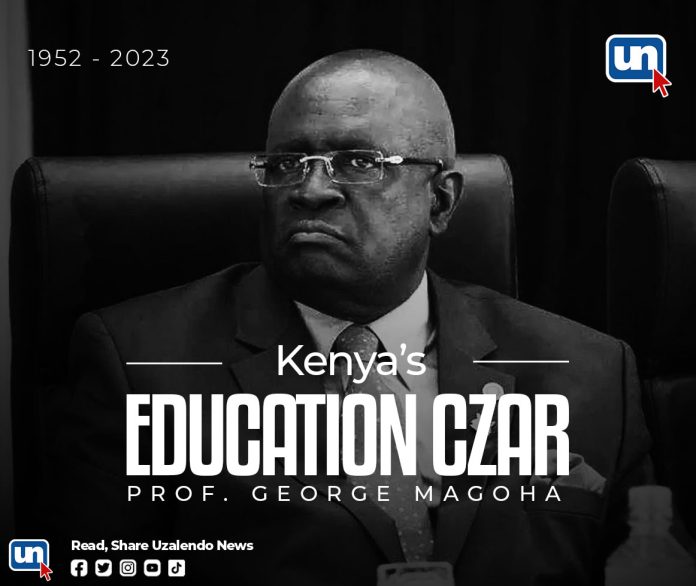 Several leaders have expressed their condolences on the death of former Education Cabinet Secretary George Magoha.

President William Ruto characterized Magoha as a gifted, one-of-a-kind servant of Kenya in his message.

“Prof. Magoha is a towering giant of our time, a great man who stood tall in the academy, where he excelled in learning, teaching and research, as well as in administration, where he led robust turnaround interventions at the University of Nairobi and the Exams Council,” the President said.

“I have been privileged to know and work with the late Professor in many capacities, from the university where I completed my post-graduate studies, to government, where he served with distinction as the chair of KNEC and later as my colleague in Cabinet.”

“Known for his independence of mind and fearlessness, Prof. Magoha was an accomplished professional who served Kenya with zeal as witnessed when he served as the CS for Education and other posts held earlier.”

Speaker of the National Assembly Moses Wetangula said, “I have vivid memories of this great and tough scholar who had distinguished himself by his immense contribution to the education sector of our country.”

“I am deeply saddened to learn of the passing of Prof. George Magoha, a transformational leader, illustrious scholar, dedicated public servant, and distinguished medical doctor who left an indelible mark on our country’s education system,” he said.

Makau Mutua: We Will Stop At Nothing To Reclaim Our Victory