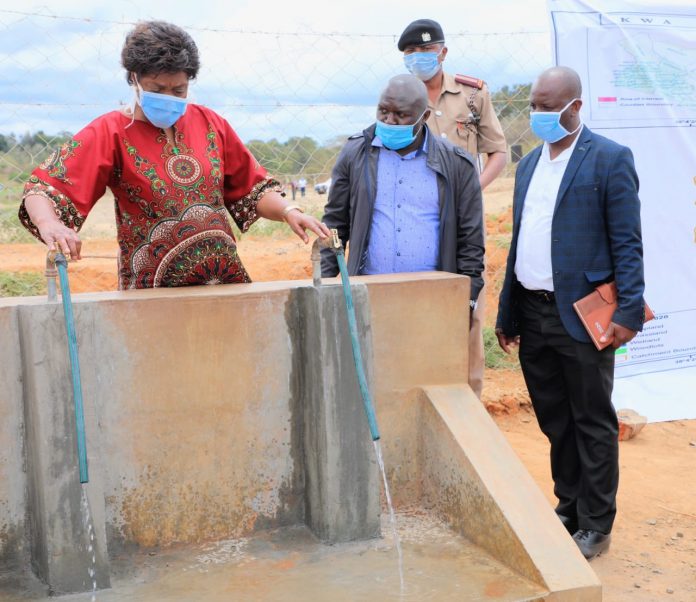 Speaking in Kitui Rural’s Mbitini village yesterday, Governor ngilu aimed jabs at a section of leaders opposed to the Building Bridges Initiative (BBI) saying they were the same persons who vehemently opposed the KATIBA MPYA in 2010.

“Those loudest saying the constitution is good as it is today are the same people who were saying it was bad for the country 10 years ago. We hold them by their words”. She said.

She said time had come for the country to embrace changes in the top leadership through an expanded executive- that she says “will represent the Face of Kenya and unity for the country”.

She was speaking during the commissioning of Kwa Isiki Water Pan accompanied by Agriculture CS Peter Munya.