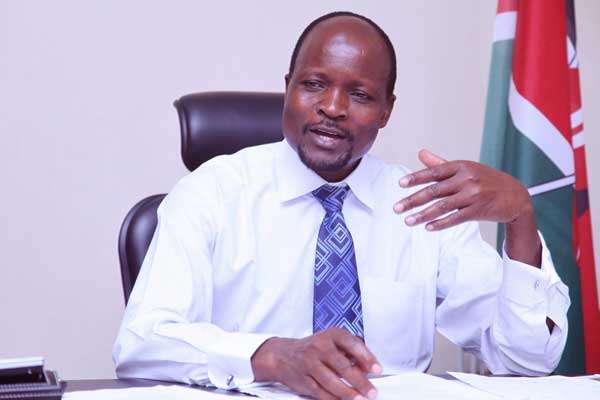 Migori Governor Okoth Obado has been implicated in a Ksh35million scandal by the Ethics and Anti-Corruption Commission (EACC).

The Commission alleged that the Governor looted county funds using a proxy to purchase a house in a Prime estate in Nairobi.

The Commission also established that the tenant at the said property owned by Kwaga, paid rent to Evelyn Zachary, Obado’s daughter.

EACC also stated that it had reasonable suspicion to believe that the Governor is the true beneficiary of the said property.

The Anti-Corruption Commission noted having obtained preservation orders to ensure that the property cannot be transferred, disposed or in any other way dealt with to defeat the course of justice before EACC completes its investigations and commences civil proceedings.

This will be the second high profile case against Governor Obado who is already an accused person in the murder of Rongo University Student Sharon Otieno which happened in 2018.

Obado was arrested over the murder after it emerged that the baby ripped from Sharon’s womb had DNA matching with Obado.

Parliament: Only a referendum ‘will unlock’ the gender rule stalemate