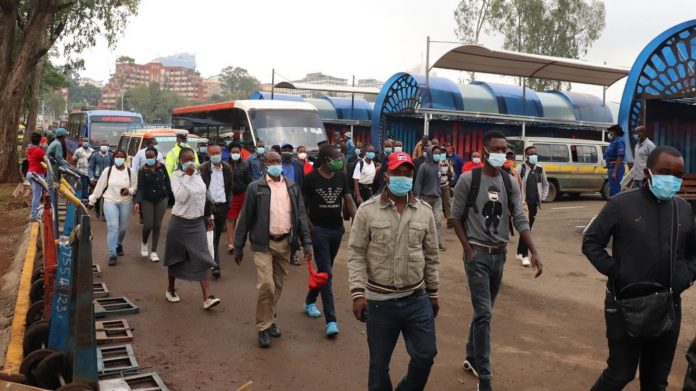 The Green Park Bus Terminal will be used by Public Service vehicle operators and the general public in phases, according to a statement released by NMS on Tuesday, May 18.

NMS has announced that beginning May 24, 2022, all PSVs plying Ngong’ Road and Argwings Kodhek Road will pick up and drop off passengers at the Green Park Bus Terminal, rather than continuing to the CBD as is customary.

The long-term plan, according to NMS officials, is to implement an intelligent transportation system that will see over 107 roundabouts in Nairobi removed and reinstalled to accommodate modern traffic flow.

All PSVs plying Lang’ata Road will pick up and drop off passengers at the same terminal starting May 27, 2022.

“The terminal aims to relieve vehicular traffic congestion in the CBD, reduce travel time, improve commuter experiences, and encourage the use of public transportation over private transportation.”

The Nairobi Expressway, which runs from Mlolongo to James Gichuru Road in Westlands, caused a delay in the opening of the Ksh250 million Green Park Terminal.

Bunyala, Workshop Road terminal, Desai, and Park Road termini in Ngara are among the other terminals being built in the city to serve various routes.