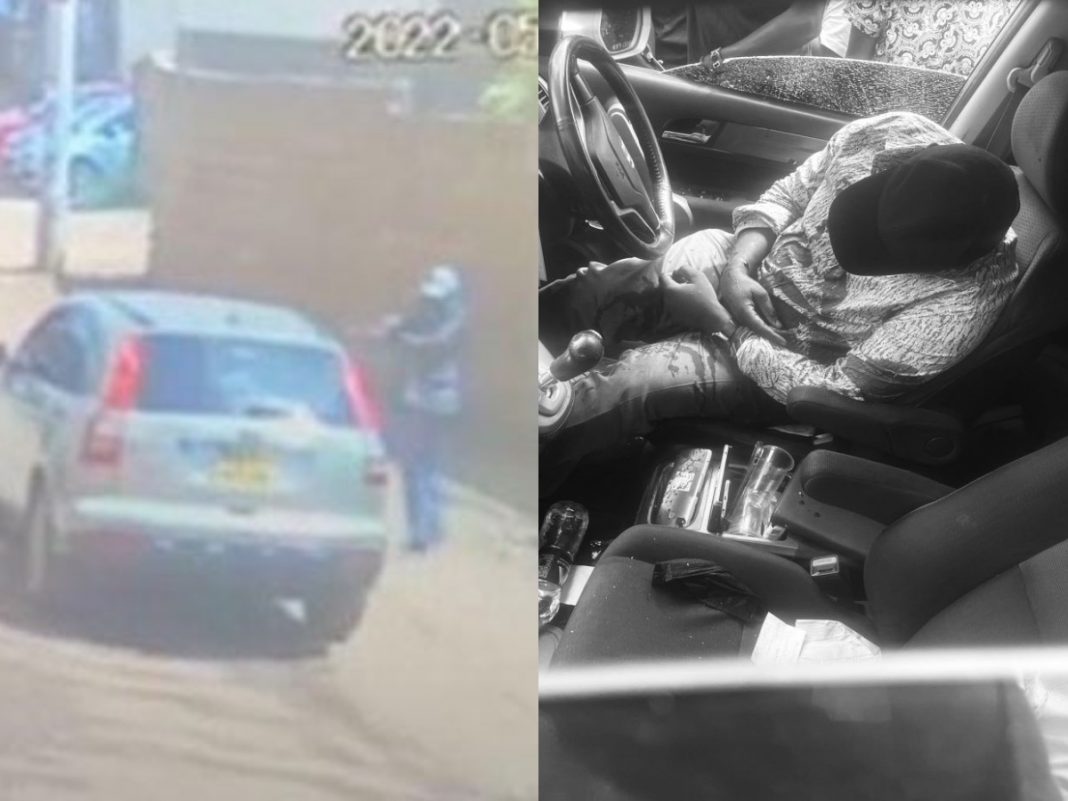 Detectives in Nairobi have begun an investigation into the circumstances surrounding the Monday shooting of a middle-aged man in the Mirema area.

According to CCTV footage released on Monday, a man dressed in a cap and coat approaches the victim’s vehicle and pulls out what appears to be a pistol before shooting him dead.

Before fleeing the scene, the assailant jumps into a waiting vehicle that had blocked the victim’s path.

According to reports, the victim, Samuel Mugota, had just dropped off a female companion moments before the incident.

It is still unknown why the victim was murdered, but based on the items recovered from the man, it is believed that his death was the result of a deal gone bad.

Police have launched a manhunt for the suspects, according to Kasarani sub-county Commander Peter Mwanzo, who claims they have obtained the vehicle’s number plate, which they are tracking.