Health Beat: How Alcohol And Cigarettes are Killing The Youth 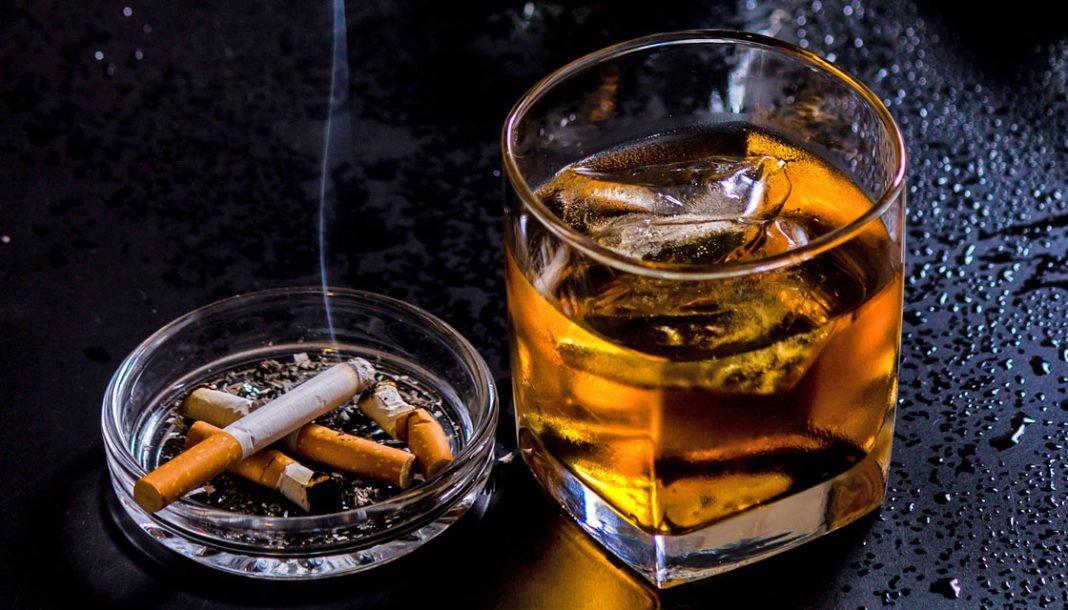 BY FAITH MUTETE – Everybody all over the world as long as your young wait anxiously for the week to end and cannot wait to link up with their friends to simply have a good time.

Most work themselves out during the week in order to get enough cash to pay for the weekend bills, and when Friday arrives no one wants to miss out in terms of music, food and drinks. To come think of it having a good time is not bad but how responsible are young people when it comes to drinking and smoking as they have fun.

During the moment no one really thinks of what effects alcohol and smoking has on their health but their effects manifest themselves later on in life, leading to it being one of the main reasons as to why youths are dying

The fruits of excessive drinking in one’s youthful age are seen later on in life in form of a disease known as osteoporosis. This is a condition where bones become less dense and are likely to fracture. This is a very silent disease where the effects are seen once one has has the first fracture.

Excessive intake of alcohol affects the body in several ways where it interferes with the balance of calcium which is essential for the health of bones, excessive drinking in men causes a deficiency in hormones where the body may produce less testosterone, which is responsible for osteoblasts which helps in bone formation.

In women their menstrual cycles become irregular which reduces estrogen levels, increasing the risk of osteoporosis.

While many might prefer smoking to drinking, smoking has great effects on the brain especially that of a developing youth.

Tobacco products contain a chemical known as nicotine which is responsible for addiction and is toxic in youths whose brains are developing. This is so due to the fact that a youth’s brain develops until the age of 25 and intake of it changes how the brain functions in terms of attention, memory and learning.

The area of the brain responsible for emotions is very vulnerable to nicotine, because it accelerates the release of dopamine which helps one feel good, problem is this feeling does not last for long so one might be forced to consume it repetively so as to sustain it which might lead addiction. Repetitive intake of nicotine changes the brain cells disenabling it from releasing its own natural pleasure chemicals.

Back in high school we were taught that the main effect of alcohol is liver cirrhosis but not so many of us knew what this was. Well this is a condition that first starts due to inflammation of the liver which leads to it getting scarred and later on the scared tissue completely invades the whole liver causing it to be hard hence one developing cirrhosis.

This causes the liver to stop functioning normally and when prolonged it can lead to death.

Metabolism of alcohol also takes place in the liver and it is metabolized into a substance that is toxic and carcinogenic. Severe drinking of it interferes with the breakdown of fats causing them to accumulate in the liver.

This is a condition where there in excess and uncontrolled growth of cells that cause damage to surrounding tissues. It first comes as a sore that never seems to go away in the mouth and it might affect other parts like the lips, tongue, floor of the mouth and throat.

It mostly caused by people who smoke and drink regularly compared to any other cause.

Apart from the internal effects, of alcohol and smoking the mixture of both is  responsible for many deaths that occur as a result of road accidents. Alcohol naturally affects once alertness     and affects our judgement and reasoning, not forgetting our balance and coordination making us feel drowsy so when one is intoxicated they find a hard time in driving hence causing accidents.