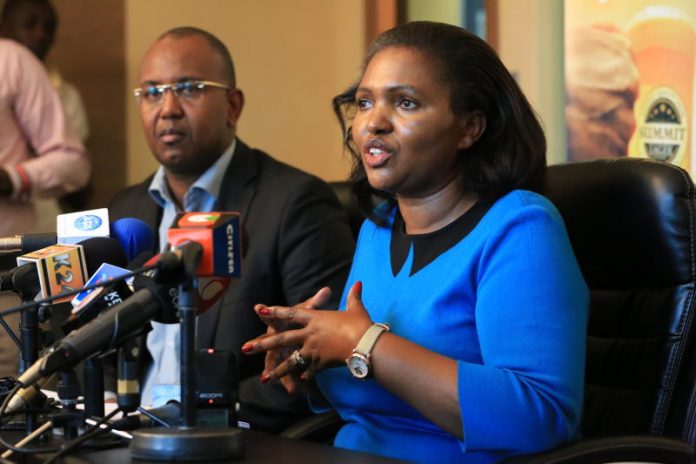 BY PRUDENCE WANZA – Keroche Breweries Limited owners have moved to court seeking to be admitted on bail pending arrest over allegations of 14 billion Tax evasion.

Tabitha Karanja , Joseph Karanja and Keroche Breweries Limited under certificate of urgency are seeking to be released on bail pending their appearance in court over any criminal proceedings against them.

“This court be pleased to release the applicants on their execution of bond for their appearance upon institution of any criminal proceedings against the applicants in respect of the said allegations”, they urged in the court documents.

They claim that they have been subjected to untold mental and psychological anguish and torture hounded by a press statement released by the Director of Public Prosecution on August 21 directing that they be charged for alleged for alleged tax fraud of Kshs. 14,451,826,375.

In the court docents, Tabitha and the husband claim that the decision by DPP is irrational, mala fides and unfair on the account of being abrupt and made without seeking statement from them to give their side of story , partially aimed at natural  persons Tabitha Karanja and Joseph Karanja and on matter relating to a corporate body that has distinct personality Keroche Breweries.

They term DPP move discriminatory and  aimed at embarrassing them because the company has many directors.
Tabitha and Karanja claim that tax dispute between Keroche Breweries and Kenya Revenue Authority is pending before Tax Tribunal.

The cases namely Keroche Breweries limited vs Commissioner for Domestic Taxes Kenya Revenue Authority tax appeals No. 214, 38, 97, 137, 138, and 139 of 2017  that was mentioned on May 8,2019 where parties were urged to put in their submissions  and notice for the date for highlighting  submissions .