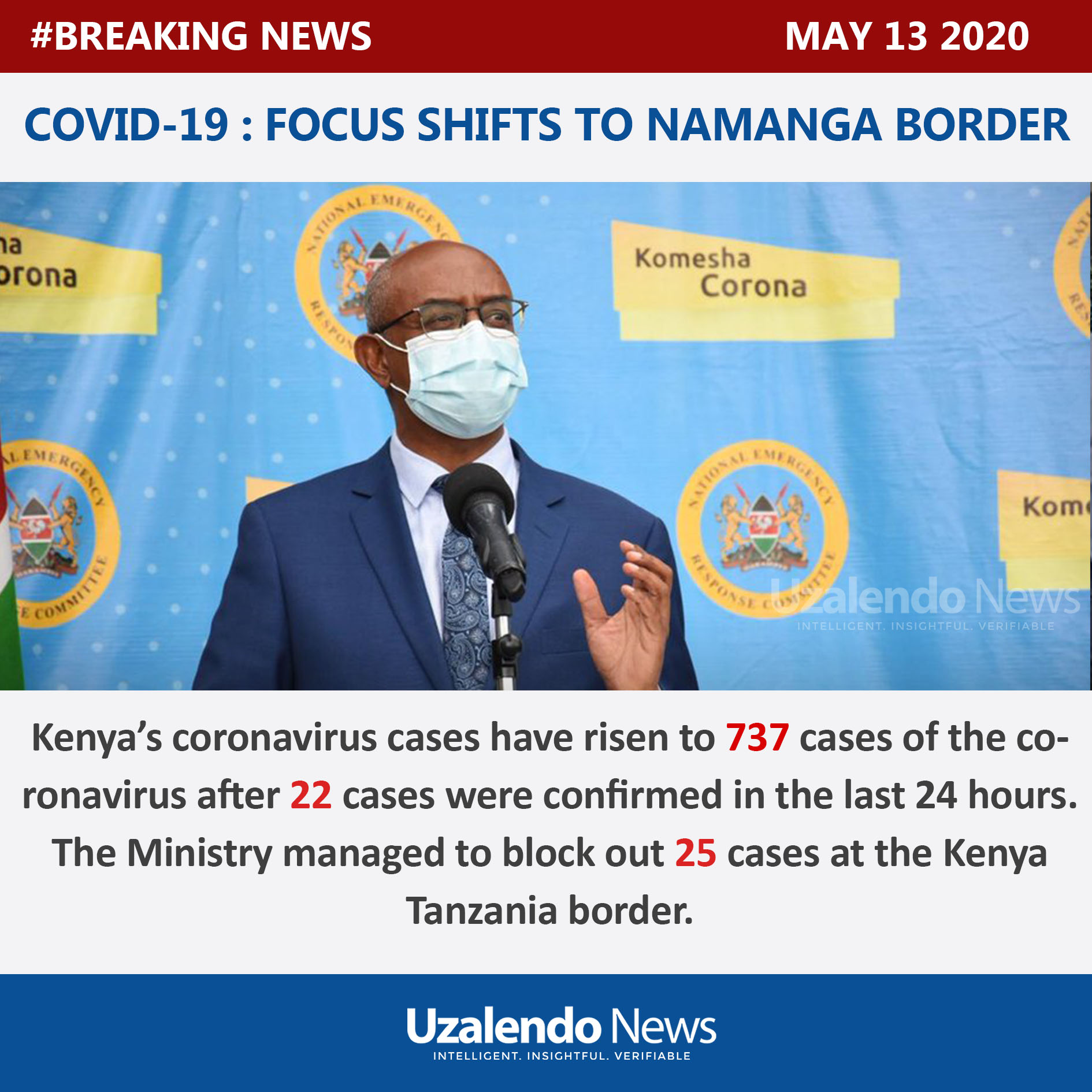 The government announced the installation of a mobile laboratory at the Namanga boarder as Kenyans continue to call for the closure of the boarder to prevent further spread of the coronavirus – By Prudence Wanza.

Over the last few days most of positive cases announced by the ministry, came from the Namanga border, further exposing the greater County of Kajiado.

Chief Administrative Secretary Ministry of Health, Rashid Aman announced 25 positive cases out of samples collected from truck drivers at the Namanga border on the Tanzanian side.

23 of them were Tanzanian nationals, 1 from Rwanda, and 1 from Uganda.
The mobile laboratory under the East African Community disease surveillance program is meant to tackle testing at the border point to ensure the disease does not spread further.

Aman also announce 22 new positive cases raising the tally of positive cases in Kenya to 737.
The new cases emerged out of 1,516 samples with 21 being Kenyans and 1 Ugandan.

Bomet county recorded its first case of Covid-19, 10 from Nairobi, 8 from Mombasa, and 3 from Kajiado.
In Nairobi cases were spread across Embakasi4, Kamkunji 3, Kibra 3, and 1 in Kenyatta National Hospital while in Mombasa, Mvita had 7 new cases and 1 in Nyali.

The three cases in Kajiado were from the Namanga border.
Out of the 22 new cases, 17 are males while 5 are females with the youngest being a 20yr old.
However, 22 people have been discharged from hospital binging the total number of recoveries 218.
So far, the Government has done 35,432 samples.

READ  COVID-19 and HIV: So far it seems the outcome is not what was feared

COVID-19 and HIV: So far it seems the outcome is not what was feared