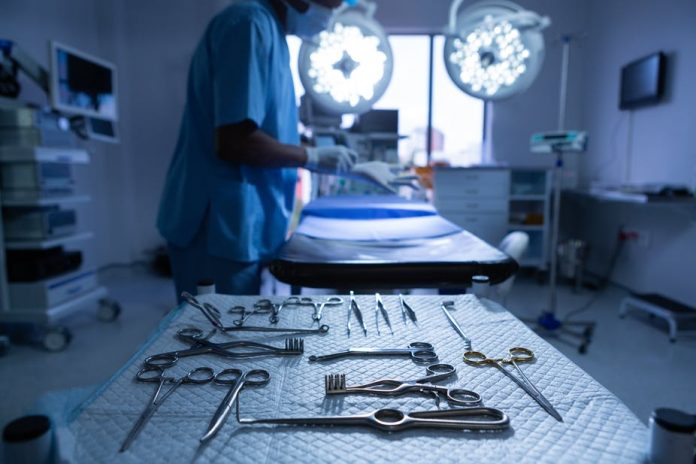 South Africa has one of the highest incidences of HIV in the world. More than 7 million people in the country are living with HIV. This high prevalence rate has led scientists in the country to explore solutions for a wide range of clinical problems that HIV-positive patients face, including end stage kidney failure.

Over the past 10 years 51 kidneys from deceased HIV positive donors have been transplanted into HIV-positive patients in Cape Town, South Africa. My colleagues and I recently published the longer-term outcomes of these patients.

The study looked at survival rates and the impact of the second HIV strain – which is transplanted with the kidney and belonged to the donor – on the recipients.

We found that the survival rates of patients were high and there was no resistance to drug regimens passed on through the donor kidney. Although recipients did get a new strain of the HIV virus from the donor, this strain didn’t have a major long-term clinical impact on the recipient.

Our findings are good news for South Africa – and for other countries wanting to do the same transplants. They clear away a number of uncertainties that scientists have had about the efficacy of using kidneys from HIV-positive donors.

We found that five years after their transplant, 83.6% of patients had survived and 79% had a functioning kidney. So far, the longest survival period we recorded has been 10 years post-transplant. These results are comparable with patients without HIV.

Good patient survival rates are positive news for any country wanting to transplant kidneys from HIV-positive people to those living with HIV.

But we wanted to go beyond survival rates to gain a deeper understanding about the way in which a transplant containing a different HIV strain will influence the recipient.

This issue was a limiting factor for many centres interested in using organs from donors living with HIV. The concern was that the risk of obtaining a second viral strain for a fairly healthy HIV-positive recipient was too high.

This is reassuring, as we didn’t have to change any of the recipient’s antiretroviral therapy to cover resistant HIV infection. We couldn’t detect a sustained superinfection in any of the 51 South African patients who received transplants from HIV-positive donors. A superinfection is an HIV infection that happens in addition to an existing one.

There was one patient who didn’t adhere to her HIV treatment regimen and her viral load went up from undetectable to a level of 21,752 copies/ml. But we didn’t find any trace of donor virus in the samples taken at this time. We only found the patient’s original virus.

The conclusion we reached, therefore, was that the introduction of a second viral strain is not a clinically significant issue for this population group. This makes the procedure a safe long-term option for patients with HIV.

The impact of transplanting a kidney with an inherent disease like HIV into the recipient is an ongoing research question.

In some South African patients whose transplanted kidney failed after a few years, the reason was identified as recurrence of HIV Associated Nephropathy in the transplanted kidney. This means that despite very good control over the virus in blood samples, there might well be some viral reservoir present in the kidney which is not reached by the antiretroviral therapy. This was also reported in another study that used only HIV-negative donors.

Another clinical issue for these patients is exceptionally high rejection rates, requiring strong induction immunosuppression. Rejection happens when the recipient’s body recognises the kidney as foreign and tries to remove or disable it. In general transplant patients need drugs to prevent this process and interestingly, in HIV-positive patients the requirement for anti-rejection drugs is higher than in HIV-negative patients. This is due to a dysregulated immune system.

In this study, only 56.1% of patients were rejection-free after five years. This was despite aggressive induction therapy and high levels of ongoing immunosuppression. Induction therapy makes recipients vulnerable to opportunistic infections as the patient’s CD4 count drops dramatically because of the treatment. CD4 counts are widely used as an indication of how well an HIV positive patient’s immune system is functioning.

In the transplant patient there is a fine balance to keep the patient’s immune system strong enough to fight any infections, but not reject the kidney. It took most of the recipients in this study months to recover their CD4 counts. This meant that they needed ongoing therapy to prevent opportunistic infections and tuberculosis.

The use of HIV-positive organs is now a well-established practice in South Africa and also part of the ongoing HOPE study in the US. Positive results showing little impact of the second viral strain are a welcome addition to this work.