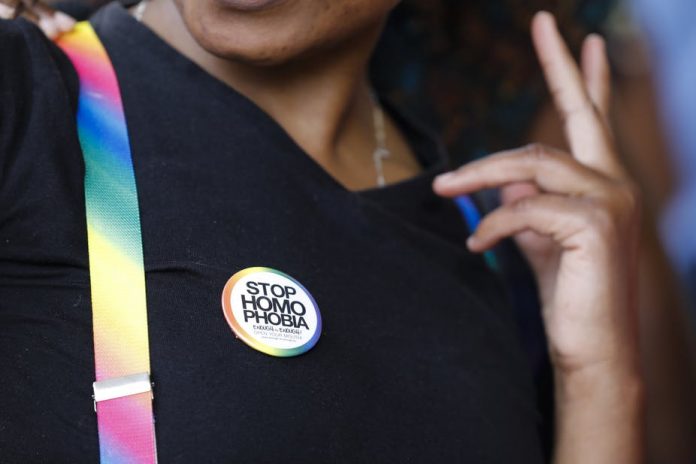 Kenya’s Penal Code, which criminalises same-sex activity, will remain intact following a High Court ruling which rejected a petition calling for the decriminalisation of homosexuality in the country.

LGBT activists in Kenya were hopeful that their country would join an emerging trend in Africa. Earlier this year, Angola decriminalised homosexuality while Mozambique did so in 2015. In June, the Botswana High Court will hand down its verdict in a decriminalisation case that has the public support of the country’s president.

The long-anticipated ruling in Kenya had drawn a large crowd to the Milimani High Court in Nairobi, with hundreds of people, mostly members of the local LGBT community and their allies, queuing to get in to the packed court room. They were greatly disappointed by the negative ruling, while other Kenyans on Twitter expressed their excitement that the Court had decided to protect “morality”.

The unanimous decision of the three-judge bench as read out by Judge Charles Mwita was that:

The ruling will be widely seen as a major setback in the struggle for the rights of sexual minorities in Kenya and elsewhere in Africa.

The Nairobi ruling followed two petitions filed in 2016 by three Kenyan LGBT organisations: the National Gay and Lesbian Human Rights Commission, the Gay and Lesbian Coalition of Kenya and Nyanza, Rift Valley and Western Kenya Network. The petitions asked the court to declare sections of the Penal Code unconstitutional.

The Kenyan Penal Code, which dates back to the British colonial period, holds liable to imprisonment any person involved in “unnatural offences” or “carnal knowledge against the order of nature” (up to 14 years), and any males involved in “indecent practices” (up to five years).

Read more: Africa has lost Binyavanga Wainaina. But his spirit will continue to inspire

A ruling on the petitions was supposed to be issued in February 2019, but was postponed at the last minute. In the meantime, Kenyan LGBT activists and their allies mounted a strong campaign using the hashtag #Repeal162 to mobilise support.

The key argument of the petition was that sections of the Penal Code violated rights enshrined in the Kenyan Constitution. These included the right to privacy, freedom of expression, human dignity, the right to health, and the right to protection against discrimination.

The Constitution, adopted in 2010 following a referendum, has been widely recognised for being progressive. For example, it has a robust Bill of Rights that guarantees the human rights and fundamental freedoms of all Kenyans.

Conservative sections of Kenyan society are uncomfortable with some of the clauses. During the referendum on the constitution some members of the clergy as well as some politicians – including the current Deputy President William Ruto – called on citizens to vote against it. One of their arguments was that the Constitution would lead to the legalisation of homosexuality.

The fact that 67% of Kenyans came out in support of the new constitution suggests that they had different concerns.

There’s no doubt that the Constitution has emboldened LGBT activists in Kenya. As the main petitioner Eric Gitari points out, although the Constitution does not explicitly mention matters of sexual orientation or gender identity,

it nonetheless possessed golden threads of equality, dignity and freedom.

In the past few years, the courts have delivered a number of legal successes. In 2014 the High Court ruled that a transgender organisation should be allowed to register as an NGO. The organisation had been denied to register three times by the relevant government agency, on the basis that it would be “furthering criminality and immoral affairs”. The following year, a similar ruling was made for a gay and lesbian organisation.

To the great disappointment and frustration of Gitari and his fellow activists, the High Court in this high profile case has not ruled in their favour. The judges, in a rather conservative interpretation of the Constitution, concluded that the current Penal Code does not discriminate against any particular group (such as LGBT people), because it applies to all citizens (“any person”) involved in same-sex practices, regardless of their sexual orientation.

However, the Court did grant the petitioners the right to appeal to the decision, and it is very likely they will make use of that opportunity. Kenyan LGBT activists have shown great resilience, and the world will keep watching as their struggle continues.