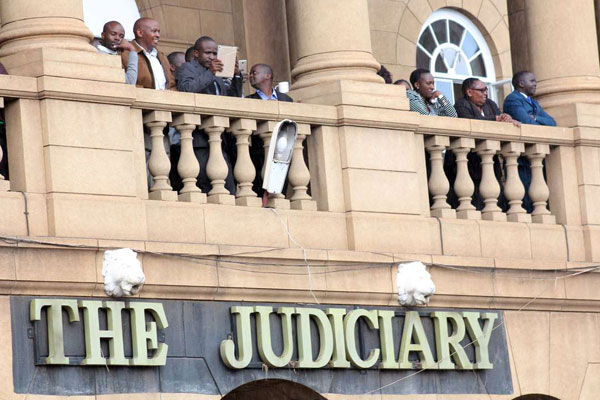 The shooting of a car belonging to a sitting Judge has brought to the fore tribulations men undergo from nagging wives.

Investigations by Uzalendo team have established that men always cheat their wives that they are on their way home? even when still in pubs drinking beer.
This particular Judge is a gentleman who freely socialises with the low cadre in society.

He periodically purchases camera shirts, belts and ties from hawkers in the various social joints he patronised.

He is never in a pub after 9pm during working days, unless when on leave.
Police sources now claim a sitting Judge escaped death narrowly after police sprayed his car with bullets.

Kilimani sleuths, speaking in confidence said the Judge stopped his Harrier vehicle when he realised cops were pursuing him.
The detectives said the bold Judge surrendered to the cops and denied ever having been hijacked.
The incident took place on Tbe morning if Friday 23rd August 2019, and not yesterday as reported.
The Judge never reported any car jacking, but the wife may have panicked after the husband failed to arrive him as promised nor pick her calls.
It is not clear why the police zealously sprayed the car with bullets. But detectives are investigating.