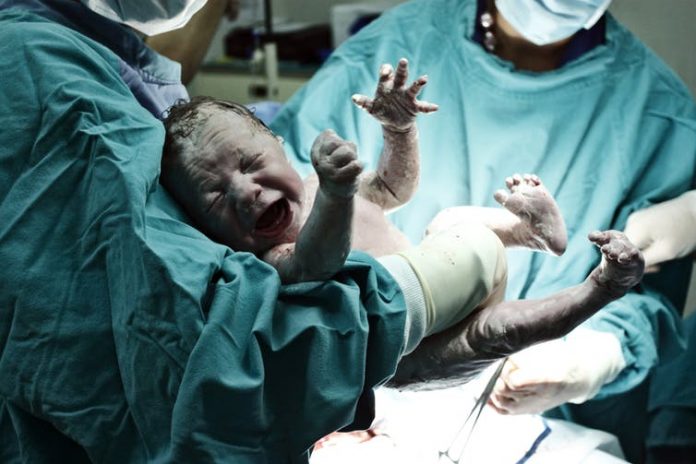 When pregnancy or childbirth go wrong, access to Caesarean section – usually known as C-section – can be the difference between life and death for both the woman and her baby.

Because they can save women’s and infants’ lives, C-sections should be universally accessible. But they aren’t. This is clear from the fact that there’s a huge disparity in C-section rates between countries, and even within countries. These patterns are highlighted in a recent Lancet series “Optimising Caesarean section use”.

The reports show that the number of children born by C-section worldwide was 29.7 million (21.1% of all births) in 2015 – nearly double the number in 2000. Wealthier women and private healthcare facilities are major contributors to the global increase of non-medical (those that aren’t absolutely necessary for medical reasons) C-sections.

The Lancet reports show that access to C-sections remains a challenge in many low-income countries, particularly for poor women. This is especially true in sub-Saharan Africa. This means that poorer women – and their babies – are at a higher risk of dying during childbirth if there are complications.

Countries reporting low use have inadequate health facilities and are not equipped to provide emergency C-sections, especially in rural areas and urban informal settlements. Wealthier women generally have better access to not only the procedure but quality healthcare post-birth.

The Lancet reports highlight how much work still needs to be done to ensure that, on the one hand, poor women who need the service get it, and on the other, that it’s not overused and abused.

Understanding the factors that drive these trends is key if the problems are going to be solved.

The rise in C-sections – most of which is happening in developed countries – isn’t viewed as a universally good thing. While more women can now access life-saving surgery, there’s also evidence that C-sections are being used when they’re not needed. For example, wealthier women opt to have a C-section for non-medical reasons such as to avoid the pain of childbirth.

This has led to overuse and is a cause for concern in many of the world’s regions because a C-section remains a major surgery with potential short and long-term complications for the mother and the newborn.

But the picture is very different for women at the other end of the access spectrum. A number of factors drive the fact that there is lower C-section use in less developed countries. These range from higher fertility, lower levels of female education and fewer physicians. There is also a class divide: rural women as well as the poorest women have much lower use of C-sections than urban and better-off women.

Even in countries with generally low access to C-section, such as Kenya, wealthier women on average reported higher use than poor women. Women in the wealthiest quintile in developing countries, on average, reported 2.4 times greater use of C-section than women in the poorest quintile.

This shows that even within one country, wealthy women can access better health facilities than poor women.

In countries with low access to C-section – classified as less than 10% of births – the main drivers appear to be total fertility rates, female enrolment in secondary education, and the ratio of doctors to patients.

On the other hand, socioeconomic development and urbanisation seem to play a significant role. Possible reasons for the discrepancy between C-section rates among wealthy and poor women in the same country could be a low overall capacity to provide C-sections, particularly in rural settings, financial barriers, and the role of the private sector in providing C-section to wealthier women in mostly urban areas.

Ethiopia is a good example of big discrepancies between rural and urban areas. The national C-section rate in the country was 2%, but the capital Addis Ababa reported 21.4%.

The countries with the highest C-section rates were Bangladesh, Brazil and US. All reported a quarter of their births were C-sections.

There are two challenges when it comes to C-sections – the first is to ensure that all women – no matter what their economic circumstances – should have access to surgery if they land up in difficulty during child birth.

The second challenge is that overuse of C-sections needs to be managed. This will require making sure that financial motives aren’t the biggest driving force behind decisions to do a C-section, and that the hospitals are sufficiently resourced so they don’t go for the “cheaper” option of an elected, pre-planned operation.

And the growing barrage of misinformation fed to women about childbirth needs to be stopped. Women need to be helped in their efforts to claim the right to decide on the way they want to deliver their baby.

Marleen Temmerman, Director of the Centre of Excellence in Women and Child Health and Chair of the Department of Obstetrics and Gynaecology (OB/GYN), The Aga Khan University and Ties Boerma, Professor and Canada Research Chair for Population and Global Health, University of Manitoba