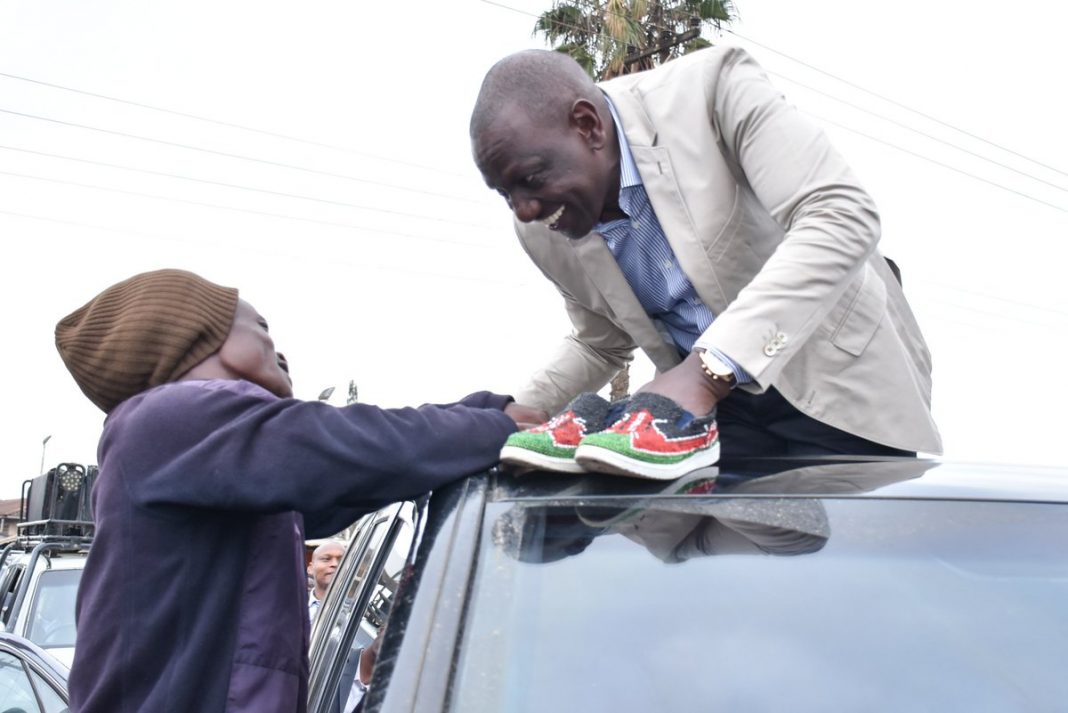 Over the recent days, deputy president William Ruto has intensified his ‘campaign’ (though he never really likes to say he is campaigning) all around the country, by engaging with the common mwananchi, doing ‘common’ things

The deputy president has so far eaten roast maize with his hustling Kenyans, bought Ngoma shoes from his fellow hustlers and most recently seen eating chai, mandazi with fellow Kenyans.

“I think what the Deputy president is doing is trying to win back the common Mwananchi that is utterly intrigued by any political figure reaching out to the grass root level,” Paul, A business man in Nairobi

Or maybe he is just being a non official deputy president warming up to his fellow hustlers. Who knows…