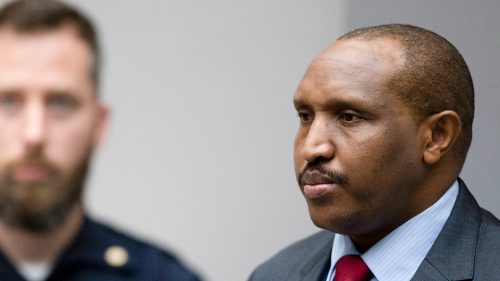 In a report by BBC, Ntaganda was nicknamed ‘Terminator’ and was convicted on 18 counts including murder, rape, sexual slavery and using child soldiers.

Earlier in July Judges at the International Criminal Court (ICC) found that fighters loyal to Ntaganda had carried out gruesome massacres of civilians.

During the judgement, Judge Fremr emphasized the case of a 13-year-old rape victim who underwent years of surgery and developed a long-lasting fear that caused her to drop out of school.

Judge Fremr further told the accused person that there were no real mitigating circumstances in his case but his crimes despite their gravity and his degree of culpability did not merit a life sentence.

The three judge bench found Ntaganda guilty on all 18 counts of war crimes and crimes against humanity committed in Ituri  between 2002 and 2003.

The judgement pointed out Ntaganda to be a key leader who gave orders to target and kill civilians.

Prosecution said that Ntaganda was key in planning and running operations for the Union of Congolese Patriots (UCP) rebels and its military wing, the Patriotic Forces for the Liberation of Congo.

The armed group is said to have conducted attacks against people perceived not to belong to the Hema ethnic group, the ICC found. In one attack, fighters killed 49 captured people in a banana field behind a village using “sticks and batons as well as knives and machetes”.

Violence in the region has killed more than 60,000 people since 1999 as militias battle each other for control of scarce mineral resources, rights groups say.

The report also indicates that the judge ruled Ntaganda personally killed a catholic priest while the fighters he commanded ran rampage in the region.

Ntaganda was born in 1973 in Rwanda, where he grew up but later fled into DRC as a teenager after attacks on fellow ethnic-Tutsi.

Initially Ntaganda fought under the command of Rwanda’s current president, Paul Kagame when he was leader of the Rwanda Patriotic Front(RPF) in a fight to end the 1994 genocide against his ethnic group, the Tutsi.

It is reported that Rwanda’s unrest spilled over into neighbouring DR Congo and Ntaganda flipped between fighting rebellions and serving national armies in both Rwanda and Congo.