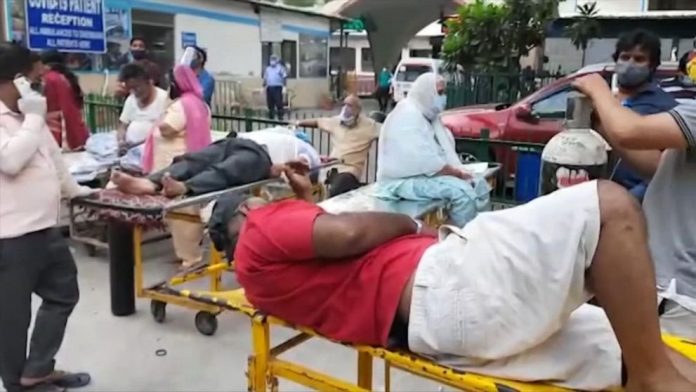 “It is a bond that cannot be broken,” he said, quoting from a well-known Bollywood song that references the emotional ties overseas Indians feel towards the country of their origin. Mr. Velagapudi is donating $5,000 a day until his savings run out to various aid missions in India, including AID India.

“I don’t care if I go bankrupt,” Mr. Velagapudi said. “People need to understand how dire the situation is.”That sentiment has prompted tens of millions of dollars worth of aid coming in from all corners of the world this week, mainly from the Indian diaspora.

Losing an extended family member acts as the catalyst whereby Mr. velagapudi doesn’t worry whether the gets broke but his family that is the Indian govt (which now its people) are safe

Many Indian public figures and millionaires in the Indian diaspora have pitched in including Google boss Sundar Pichai, Microsoft chief executive Satya Nadella, and Silicon Valley investor and billionaire Vinod Khosla. The Indian diaspora is one of the largest in the world, with almost 20 million people of Indian origin spread out across the world. It is a close-knit community, one that maintains strong present day ties to a country many left decades ago, in search of better prospects elsewhere.

Ms. Gill is of Indian origin and a British citizen. She added that help was coming from all quarters because almost no one of Indian descent has been untouched by this.

“Everybody is heartbroken. Every one of us has family there. We just want to find a way to help.”

“We are getting requests from all over India, mainly from Delhi, looking for oxygen, PPE, drugs, ventilators, anything you might need in a hospital right now,” Harjit Gill, chief executive of APACMED, a regional healthcare trade association based in Singapore said.