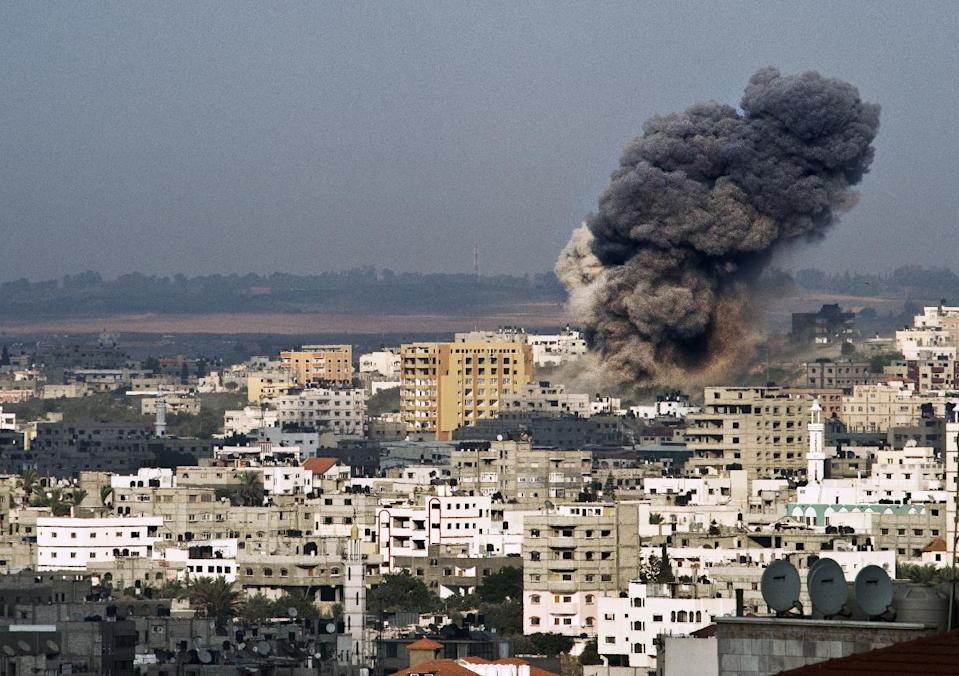 Israel says it has arrested 19 members of the Palestinian group Islamic Jihad in raids across the occupied West Bank, after carrying out airstrikes against targets in the Gaza Strip.

Eleven people have been killed in the air strikes, including a child and PIJ leader Tayseer Jabari.

Israel said the strikes followed an “immediate threat” from the group.

Scores of rockets were fired from Gaza towards Israel overnight, most of them intercepted, Israel’s military said.

The latest violence is the most serious flare-up between Israel and Gaza in just over a year.

The 11-day war in May 2021 left more than 200 Palestinians and a dozen Israelis dead before a ceasefire was agreed.

The Israeli military is warning this latest operation – codenamed Breaking Dawn – could last for a week.

Sirens warning of incoming missiles continued to sound in Israeli towns on Saturday, amid more reports of air strikes in Gaza that Israel says are targeting PIJ militants.

Palestinian health officials confirmed a man was killed near Khan Younis in the south of the strip.

But so far Hamas, the biggest militant group in the area – which has similar ideology to Islamic Jihad and often coordinates its actions with it – does not seem to be firing from its large rocket arsenal.

As a result, there are no reports of Israeli air strikes targeting Hamas.

Hamas issued strong statements on Friday night saying that “resistance groups” were united. But because it governs Gaza it has its own practical considerations which may stop it from getting more involved.+