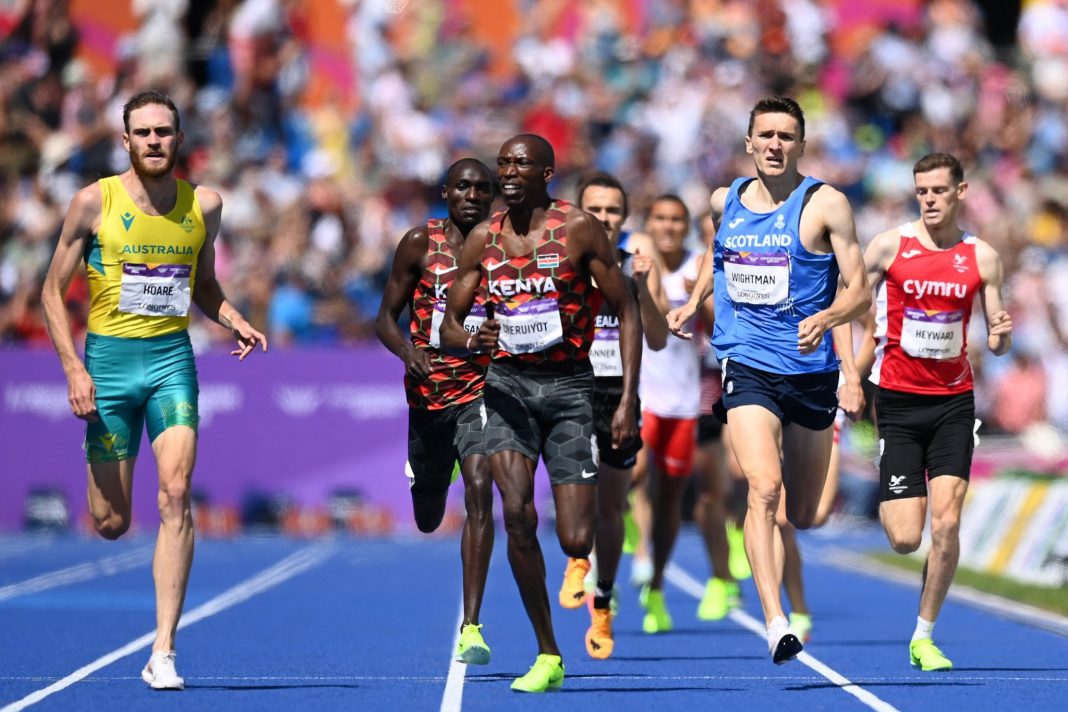 Kenya’s olympic silver medalist was denied a sensational victory after Australia’s Oliver Hoare charged through in the final few metres to claim a sensational 1500m gold.

Scotland’s world champion Jake Wightman had to settle for a Commonwealth bronze medal.

Wightman, who stunned the world championships in Eugene last month, made his move with 200m to go but could not hold the lead.

Hoare edged past Kenya’s Olympic silver medallist Timothy Cheruiyot at the line before sinking to his knees in disbelief at Alexander Stadium.

Meanwhile, England’s Nicky Miller defended his hammer title, having nearly failed to make it into the final three throws.

The 29-year-old faulted on his first two attempts, then threw 69.04m to make it into the top eight, before his fifth throw of 76.43 secured gold ahead of Ethan Katzberg of Canada, and Alexandros Poursanidis of Cyprus.