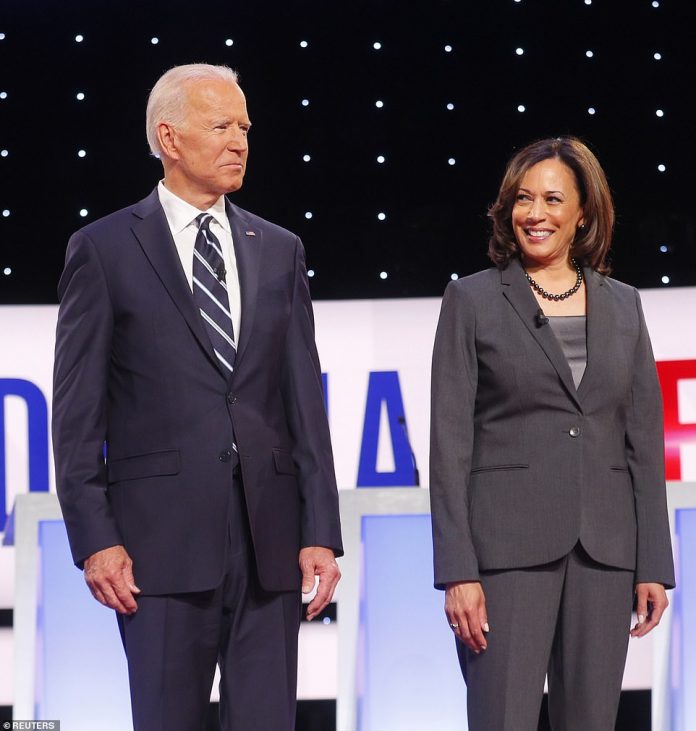 From me and Lauren Aratani:

READ  Covid cases hit 30 million with US being worst affected

From Lauren Gambino in Wilmington and Enjoli Liston in New York:

China Cochran met Kamala Harris at a campaign event in Detroit last year and was swept away by the California senator’s ambition, charisma and leadership.

So when the Democratic presidential candidate Joe Biden named Harris as his running mate on Tuesday – making her the first Black woman on a major US party’s presidential ticket – Cochran wasn’t just struck by the history.

It represented a full-circle moment for Black women, who the Democratic party often refer to as its backbone of support, yet who for generations have fought for their voices to be heard and political aspirations recognized.

“It tells Black girls that they can be president,” Cochran, who recently ran for state representative in Michigan, told the Associated Press. “I think it’s important for us to look at that and see other young women of color realize that they can go after their dreams and really make change in our world.”

Black women in particular helped rescue Biden’s campaign earlier this year by delivering a resounding victory in the South Carolina primary, powering him to the Democratic nomination.

As he prepares for the general election on 3 November, Biden is trying to recreate the multiracial and cross-generational coalition that twice sent Barack Obama to the White House. That will hinge on Black voters in battleground states like Michigan to turn out in force in November.

“We’ve seen from an electoral process what happens if we don’t vote, that can mean the difference between winning and losing a state,” said Karen Finney, a senior Democratic strategist and spokeswoman for Hillary Clinton’s 2016 presidential campaign.

“We’re in this moral inflection point of this country and Vice-President Biden is someone who’s talked about healing the soul of our country and certainly one of the ways to do that is to uplift the voices of Black women.”

Strategists said that Harris will help that effort.

“It sends a strong signal about not only the current state of our party but what the future of our party looks like,” Antjuan Seawright, a veteran political strategist in South Carolina, told the AP. “And what better way to reward a group of people who have been the political glue in this party than to put an African American woman on the ticket.”

Just hours after Joe Biden announced Kamala Harris as his running mate, in her home state of California fierce speculation had already begun as to who might replace her in the Senate if she wins a spot in the White House.

“It seems early,” said Aimee Allison, who heads She the People, a national network seeking to elevate women of color to political leadership. “But behind the scenes, conversations are already happening. And I don’t think it’s too soon to think about what the community wants, and what the state wants in a leader.”

If the Biden-Harris team wins on 3 November, California’s governor, Gavin Newsom, will appoint someone to replace Harris in the Senate for the duration of her term, which ends in 2022. Asked on Wednesday if people have already started pitching themselves for the position, Newsom joked with a reporter: “You may be the only one who hasn’t – unless you just did.” Later, he added that his comment was only a “slight” exaggeration.

In these extraordinary times, the Guardian’s editorial independence has never been more important. Because no one sets our agenda, or edits our editor, we can keep delivering quality, trustworthy, fact-checked journalism each and every day. Free from commercial or political bias, we can report fearlessly on world events and challenge those in power.

Your support protects the Guardian’s independence. We believe every one of us deserves equal access to accurate news and calm explanation. No matter how unpredictable the future feels, we will remain with you, delivering high quality news so we can all make critical decisions about our lives, health and security – based on fact, not fiction.

Covid cases hit 30 million with US being worst affected