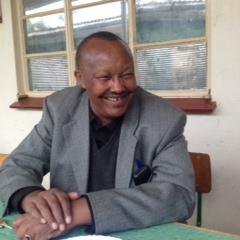 NAIROBI, 14th August 2020 (PSCU) –President Uhuru Kenyatta has sent a message of comfort to the family of Mr Henry Masaku Ngei who succumbed to prostate cancer on Wednesday night.

In his message of comfort to the Ngei family, the President described the departed businessman as a entrepreneur, patriot and wise counselor who worked tirelessly for the good of Kenya.

“The death of Masaku Ngei has robbed our country of a seasoned entrepreneur and businessman whose hospitality and agricultural ventures created hundreds of jobs for young Kenyans.

“Throughout his life, Mr Ngei stood and worked for the unity and prosperity of Kenya, and was a wise counselor whose wisdom will be missed by many,” President Kenyatta eulogised.

Until his death, Mr Henry Masaku Ngei ran Tala Motel in Tala town and was a consummate farmer in Kangundo, Machakos County.