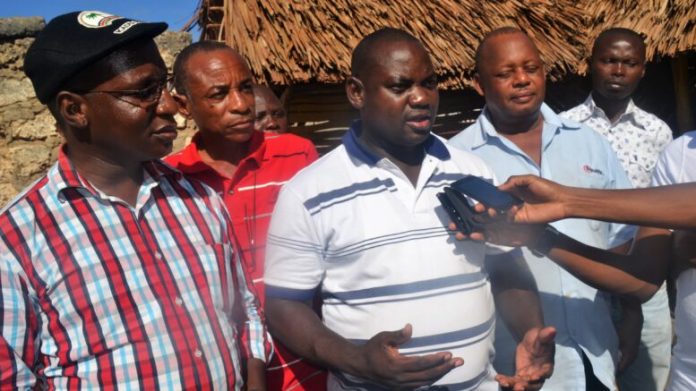 Mr Gunga succumbed to a short illness while in admission at the Mombasa hospital on Sunday morning.

Mr Gunga, 45, and a lawyer by profession is suspected to have succumbed to Covid-19

According to family, relatives and friends, the former Coast Parliamentary Group Chairman (CPG) was admitted at the facility for about one week.

The deceased elder brother, Mr Gunga Baya said that his brother was receiving treatment at the facility when he died.

Reports indicate Gunga has been in isolation after he was diagnosed with Covid-19.

”It is a sad day for us as family. We have lost him. We appeal for calm as we meet as a family to make arrangements for his burial,” Baya who is also the local chief for Chanagande in Kaloleni constituency said.

Gunga, was the Kaloleni MP between 2013-2017 through Kadu Asili and lost in the 2017 General Election to Paul Katana of Orange Democratic Movement (ODM).

In the 2017 election, he had defected from Kadu Asili to form his own political party, The Devolution Party of Kenya (DPK).

As the chairman of CPG, he advocated for the unity of Coast leaders and tried to lure all the leaders from the region to his party.

The region has lacked the unity of purpose which has been elusive for many years, pushing the region into the oblivion of under development.

He will also be remembered for fighting for the legalization of local palm wine drink.

On Sunday afternoon, several leaders condoled with the family and relatives of Mr Gunga, calling him one of the selfless leader who brought people together and push for economic resource development of the region.