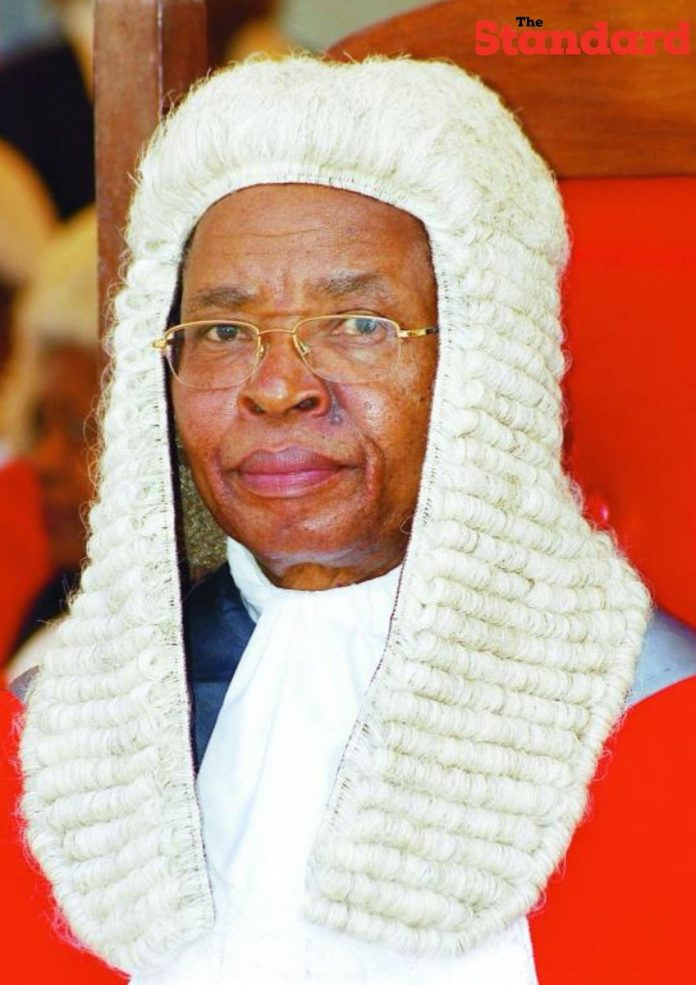 In his message of comfort and encouragement to the family, relatives and friends, President Kenyatta said Kenya had lost a great leader whose contribution to the development of the legal sector especially the independence of the judiciary has continued to sharpen the country’s democracy.

“It is sad that we have lost one of the greatest legal minds we have had in our country. Justice Gicheru worked tirelessly during his time at the helm of the Judiciary to ensure that the country’s democracy continued to thrive.

“Having worked in different places within the civil service, the late Chief Justice knew the importance of having an independent judiciary as a guarantor of national peace and harmony,” the President eulogised.

The President pointed out that the major reforms undertaken by Justice Gicheru in the Judiciary have continued to be a source of hope for many Kenyans giving confidence that all citizens are equal before the law.

“As a country we will forever be grateful for the judicial reforms Justice Gicheru pushed through during his successful tenure as the top judge. He brought freshness to the legal system and will be remembered for his relentless fight against impunity and corruption in the corridors of justice,” the President said.

President Kenyatta prayed to God to comfort and give fortitude to the family of the former judge at this difficult time of mourning.