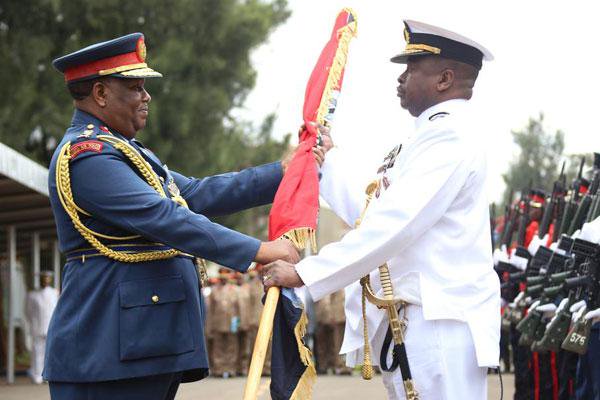 the chief of armed forces general samson mwathethe’s term has been officially extended for 1 year.

In a statement sent to Uzalendo News rooms, General Mwathethe’s term took off yesterday, May 6th. He has been in office for 4 years since he took over from Major Gen. Julius Karangi.

During his term as the KDF boss, Samson Mwathethe oversaw the registration of his soldiers to the inaugural Huduma Namba exercise, which seeks to register all citizens for easier access of government services and protection of its citizens.

The selection of the Chief of Armed Forces process solely belongs to the Defence Forces Council which is headed by the Cabinet Secretary
Raychelle Omamo.