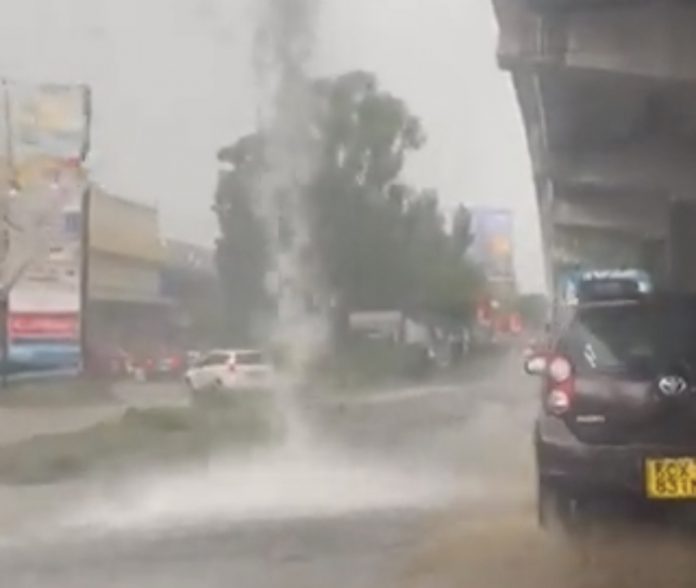 The Kenya Highways Authority has deployed a rapid response team to sort out the drainage challenges due to the ongoing Expressway construction.

This was after several citizens noted ‘waterfalls’ and large paddles that formed as a result of the heavy rains.

KeNHA explained that the hitch was as a result of an incomplete drainage system that would be soon sorted by engineers.

“As per the design, flood water will be chanelled through trimmed down pipes,  gutted downwards along the pier caps and finally to U-drains below the soffit of the viaduct.”

KeNHA reiterated that the China Road And Bridge Construction company has deployed extra workers to address the situation.

“The contractor has deployed extra work teams and equipment to focus on all outstanding works including the drainage system – targeting completion before the rains result into peak flows.”

The multi-billion road project is expected to be opened to the public by the end of April 2022.

Currently, CRBC is working to restore sections of the Mombasa Road/ Uhuru highway and Waiyaki Way.