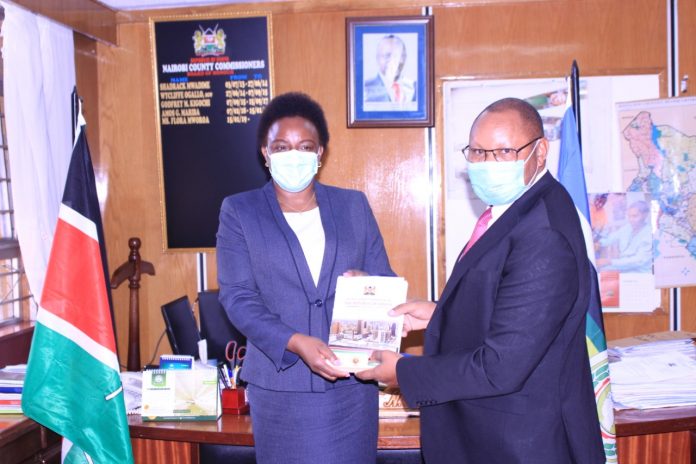 State department for Planning Permanent Secretary Saitoti Torome has officiated the distribution of the 2nd APRM country peer review report which was conducted by a team from the African Union – By Lynn Kyalo.

The African Peers Review Mechanisms (APRM) is a voluntary Governance “Self-Assessment” by African countries, which was agreed upon by African Union (AU) and adopted in 2003. Kenya signed the APRM memorandum of understanding in March 2003 and in 2006, it became the third African state to be Peer reviewed at AU Banjul Summit.

APRM kicked off dissemination of this 2nd country review report a week ago which was launched by H. E president Uhuru Kenyatta in 2019.

This activity takes place in all the 47 counties of Kenya where officers from the Secretariat will engage various stakeholders including county and national government officials and interest groups.

The mechanism is a voluntary governance

Speaking in Nairobi on Tuesday 2nd December, Planning PS Saitoti Torome has termed it as an important framework for good governance. He called on everyone involved to own up the process.

” I know the value of this process, let us pick it and disseminate to locals” said Saitoti.

According to Torome, the APRM process is key to championing transformative leadership through the sharing of experiences amongst member countries. He revealed that the 3rd phase of APRM will focus on President Uhuru’s big 4 agenda.