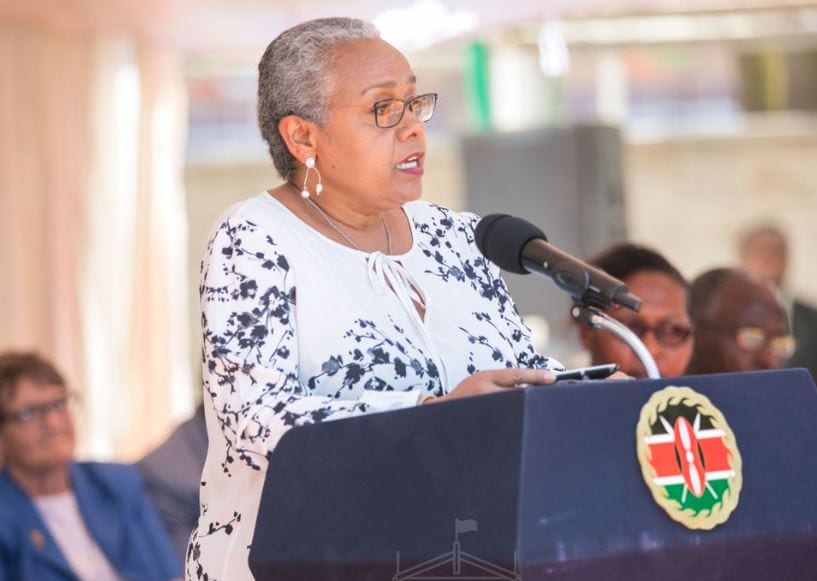 First Lady Margaret Kenyatta reaffirmed Kenya’s push for the closure of all ivory trade markets across the world.

She said Kenya will continue with its campaign against the reopening of markets for animal trophies especially ivory. The campaign is being supported by 31 other African states grouped under the African Elephant Coalition (AEC).

The First Lady spoke at the ivory burning site inside the Nairobi National Park where she presided over the official launch of the CITES CoP18 Awareness Campaign.

CITES stands for the Convention on International Trade in Endangered Species of Wild Fauna and Flora while CoP18 is the acronym for the Conference of Parties to the CITES.

The CITES CoP18 global conference is scheduled for next month in Geneva, Switzerland.

“Today we are lobbying and petitioning for the closure of all ivory markets, and boldly advocating for the placement of all elephants onto Appendix 1 of CITES,” said the First Lady, herself a renown supporter of conservation work in her capacity as the patron of the “Hands Off Our Elephants” campaign.

“This is the message that we, as a country, as conservationists, stakeholders and as members of the African Elephant Coalition, jointly pledge ahead of the CITES COP 18 meeting,” she added.

The First Lady said every time a proposal is made to partially reopen ivory trade markets, demand for the animal trophies escalates leading to increased poaching.

“We have also learnt that every time there has been a decision by CITES Parties to reopen ivory trade, the decision has resulted in increased elephant poaching and illicit trafficking of ivory,” the First Lady observed.

She said reopening the ivory trade markets will destroy the conservation gains made over the years.

The First Lady said Kenya is host to the most exotic and diverse wildlife species in the world adding that the country maintains a strong resolve to eradicate illegal wildlife trade by  building coalitions and partners to strengthen  joint actions to protect wildlife across the world.

The First Lady said Kenya has not only championed and petitioned the rest of the world for the total closure of all markets in animal trophies, but has previously demonstrated its resolve by publicly destroying huge stockpiles of ivory and rhino horns at the same site where today’s function was held.